Shop rē•spin product now
rē•spin YOUR FIT is live!
What is rē•spin??
Home | GIVE | 15 Books to Read This Month from Black Authors

15 Books to Read This Month from Black Authors

Reading is the common thread that links us all together. 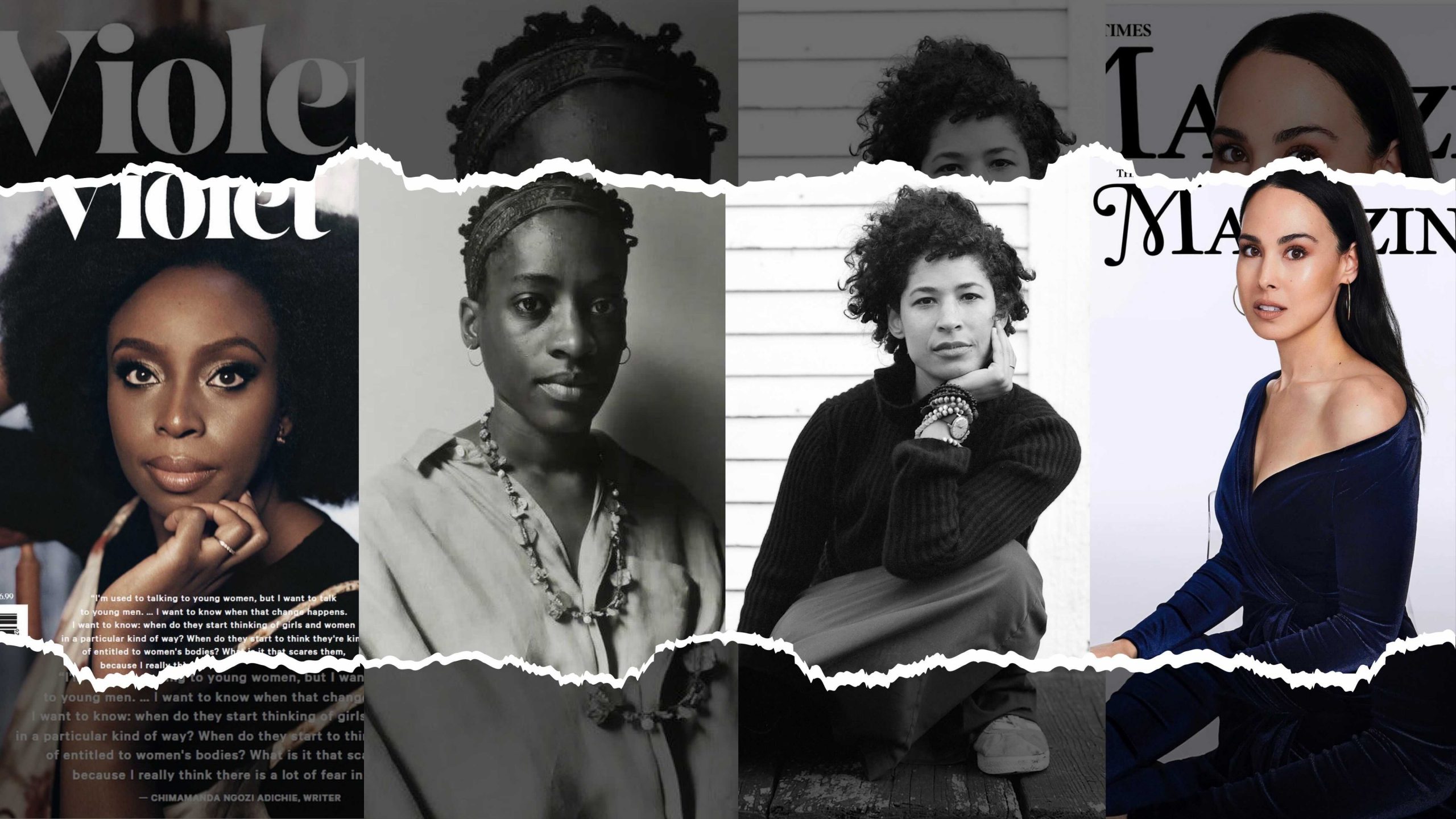 Through literature, we are able to escape into a world of fantasy or educate ourselves on a topic foreign to us. Despite the positivity that literature can spread, there’s an underside to publishing that mimics real-world representation issues. Over the summer, a trend surfaced called #PublishingPaidMe on social media where authors publicly revealed what they were paid for their books. The trend, started by fantasy author L.L. McKinney, unveiled a large pay disparity between non-Black and Black authors. Black authors are making less.

Publishing’s diversity issue goes deeper than the authors writing each story. The characters on the page often don’t represent the reality of our world. There is a demand for more diverse stories to be told by Black authors. In honor of our founder Halle Berry’s love of reading, we’ve rounded up 15 books that we encourage you to read this month from some talented Black authors.

“I’m Telling the Truth but I’m Lying” by Bassey Ikpi:

This book of essays explores the life of author Bassey Ikpi, a Nigerian-American immigrant, slam poet, mother, daughter, and artist, all while looking at life through the lens of her bipolar II disorder and anxiety diagnosis. This memoir explores her shame and confusion surrounding her medication and family. She dives into the effect mental health can have on our day-to-day lives, including how we appear to others and to ourselves.

“But Some of Us Are Brave: Black Women’s Studies” edited by Akasha (Gloria T.) Hull, Patricia Bell Scott, and Barbara Smith:

This anthology was originally published in 1982 and was the first comprehensive collection of Black feminist scholarship. The book features a myriad of essays and is vital to modern-day conversations on race and gender in our country. This landmark anthology confronts racism, challenging the lack of Black feminist thought within women’s studies, and dives deeper into the mythology that surrounds Black women in social sciences.

This book follows the story of Ifemelu, a young Nigerian woman, who has immigrated to the United States to go to college. When she’s a teenager in Lagos, Ifemelu and her classmate, Obinze, fall in love. But Ifemelu flees to the states after Nigeria falls under military dictatorship, and goes through the phases of life, creating and losing relationships and friendships as she is faced with the reality of race for the first time.

Obinze was unable to join her in a post-9/11 America and finds himself undocumented in London. Fifteen years later, the two reunite in a newly democratic Nigeria and reignite their passion for their homeland and each other before facing one of the toughest decisions of their lives.

“Red at the Bone” by Jacqueline Woodson:

This book weaves together stories from three generations of one Black family, tracing the trauma that follows the Tulsa Race Massacre and the September 11 attacks. The book begins in 2001 before 16-year-old Melody’s coming of age ceremony in Brooklyn. Donning a special custom-made dress, Melody makes her entrance in front of her friends and relatives, but there is one common thread: the dress was made for Melody’s mothers’ coming of age ceremony, one that never took place.

The book unfurls the history of Melody’s parents as well as her grandparents, telling the story of how they arrived at the moment leading up to her coming of age party. It takes a deeper look into the decisions we make when we are young and how they can affect the rest of our lives.

“The Bluest Eye” by Toni Morrison:

First published in 1970, this novel tells the story of an 11-year-old Black girl named Pecola Breedlove growing up in the years following the Great Depression. Because of the way she acts and the color of her skin, Pecola is seen as “ugly” and develops an inferiority complex. She prays that her eyes will turn blue so she will be seen as beautiful.

“It’s Not All Downhill” from Here by Terry McMillan:

On the eve of Loretha Curry’s 68th birthday, she has a beauty-supply empire that is booming, a group of lifelong friends, as well as a husband who still surprises her daily. But, after an unexpected loss turns her world upside down, she has to harness all of her strength and determination to keep on going. The book explores her pursuit of joy, healing old wounds, and traveling down new paths, all with a little help from her friends.

“Sister Outsider” is a collection of fifteen essays and speeches from beloved writer, feminist, and activist, Audre Lorde. In this book, Lorde takes sexism, racism, and class head-on to put us on a path to change. This classic volume is considered one of Lorde’s most influential works of non-fiction and had a massive impact on the development of contemporary feminist theories. It examines a large array of topics, delving into love and self-love, war, violence against women, Black feminism, and moving towards equality while embracing differences to motivate change.

Queenie Jenkins is a 25-year-old Jamaican British woman living in London. She straddles two cultures, but doesn’t feel as though she fits into either. After she goes through a particularly messy breakup with her white boyfriend, Queenie finds herself seeking comfort in the worst of places, including toxic men who take up her time and do not affirm her self-worth. As she moves through life and makes questionable decisions one after another, Queenie finds herself  [asking questions all women] face someday: “What are you doing? Why are you doing it? Who do you want to be?”

“Well-Read Black Girl” is an anthology of original essays by a group of incredible Black female writers, all shining a light on how important it is that we have the opportunity to find ourselves in literature, regardless of our gender, race, religion, or ability.

“Girl, Woman, Other” by Bernardine Evaristo:

This novel follows the lives of 12 characters in the United Kingdom over the course of multiple decades. Each character leads a vastly different life, including a playwright whose work explores her identity as a Black lesbian, her friend who is a teacher that becomes jaded after years working in schools deprived of funding, and a cleaner who worries about her daughter’s lack of establishment. Despite their difference, each character has shared assets of their identities, whether it be age, race, sexuality, or class. The novel reminds us all what connects us to those around us, even in times of seeming division.

Zadie Smith produced this book of personal essays during the pandemic, completing the work shortly after George Floyd was killed. The book in Smith’s quintessential style covers creative writing, the pandemic, as well as the killing of Floyd. Smith will also be donating all royalties from “Intimations” to charity.

Alice Walker and Mel Leventhal were brought together by the Civil Rights movement, bringing Rebecca into the world in 1969. After her parents divorced, she lived between two worlds and she wasn’t sure what she represented. In “Black White and Jewish,” Rebecca tries to define herself as a soul, rather than a symbol, and takes on the challenge of personal identity. She also recently released a journal called “What’s Your Story?” that invites people to write their stories and tell their truth.

And for the kids, here are a  few options to introduce them to Black authors from their generation.

This New York Times #1 Best Selling book looks to reframe, rē•spin, and reclaim what it means to be a strong woman rather than letting the term knock them down. Harris’ aim was to actively help us unlearn stereotypes that we face every day.

“Saturday” follows a mother and daughter down a rollercoaster journey that reminds them of the best part about a Saturday: spending precious time together.

“Your Name is a Song” by Jamilah Thompkins Bigelow:

This is the story of a girl who is frustrated by her teachers and classmates mispronouncing her name left and right. Her mom teaches her about the musicality of names, using the cityscape and city sounds as her inspiration. This makes her daughter feel more empowered, allowing her to go to school and share this with her classmates.

To go one step further, we recommend shopping from your local Black-owned bookshop. 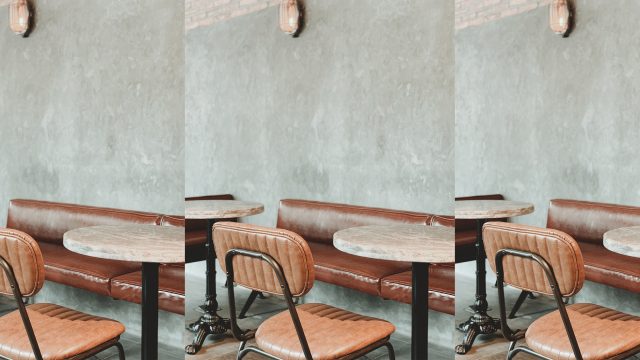 From desserts and wine to delicious vegan cuisine.
By: rē•spin 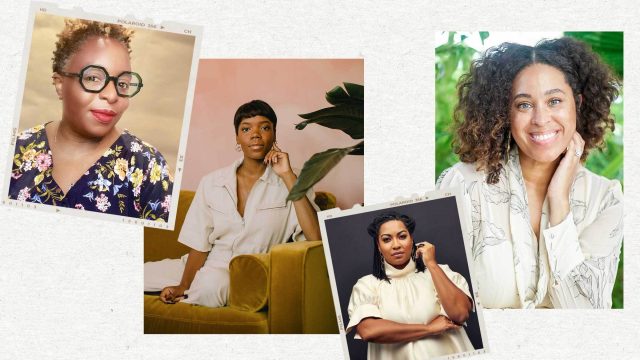 7 Black-Owned Businesses and Organizations to Support This Month

And every month
By: rē•spin staff 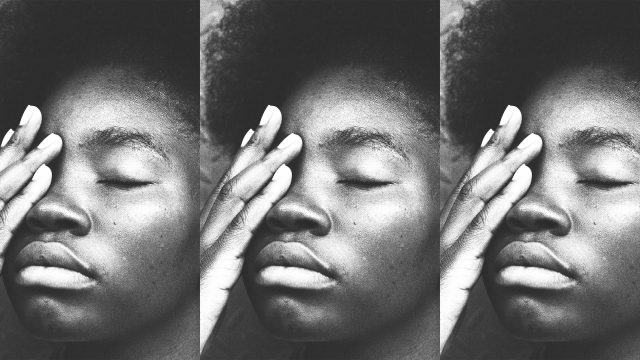 How Camesha L. Jones Made Mental Health Care Affordable and Accessible for Black Women in Chicago.
By: rē•spin staff