Shop rē•spin product now
rē•spin YOUR FIT is live!
What is rē•spin??
Home | NOURISH | The Transformational Healing Power of Beans

The Transformational Healing Power of Beans

Unique Hammond explains why these little legumes are so misunderstood. 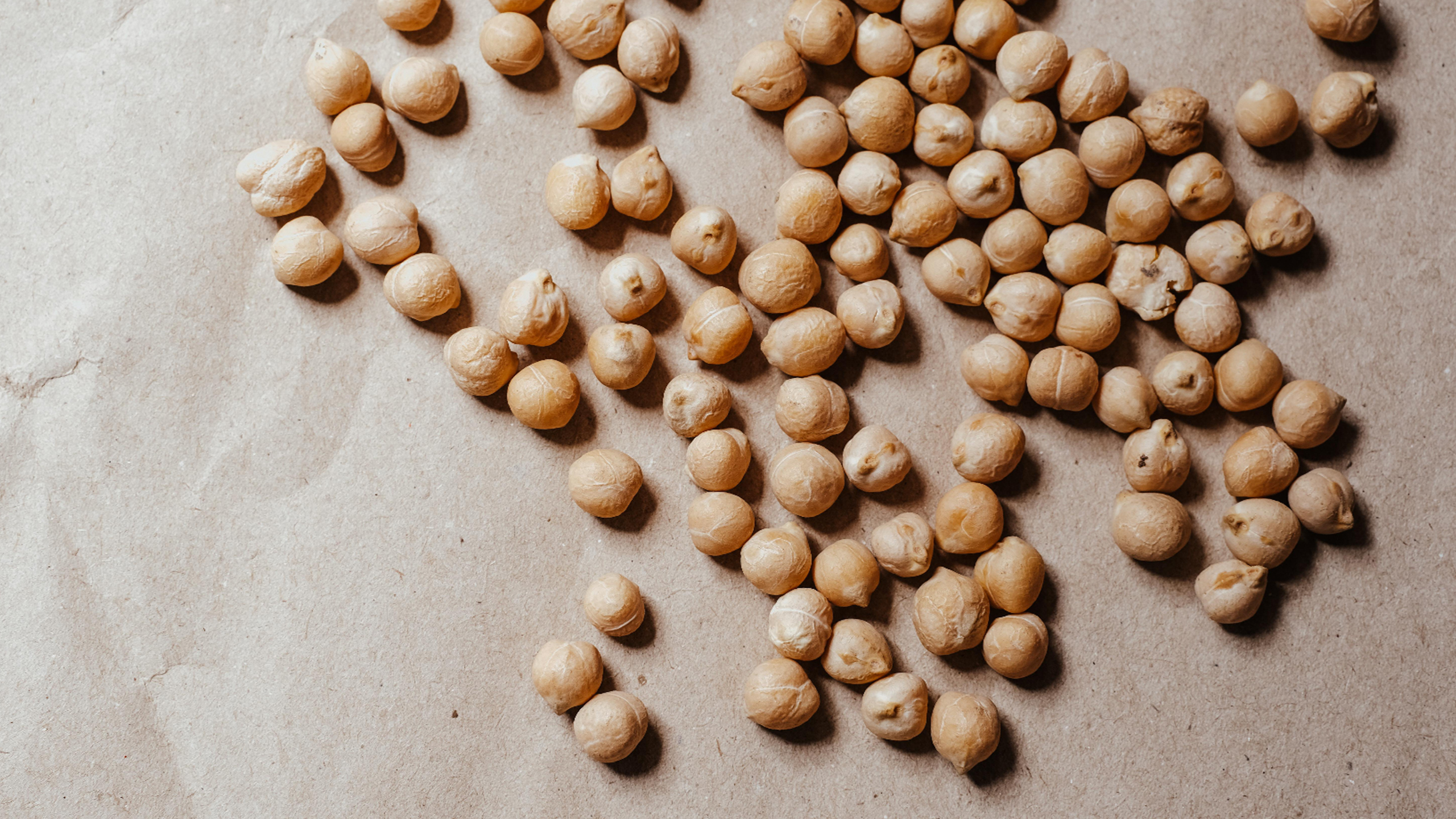 “Beans, beans, the musical fruit,” begins a well-known playground song you’ve likely sung before. Beans and legumes often get a bad reputation for making you gassy and bloated. They’re even criticized in the nutritional community for having “anti-nutrients” like lectins that can irritate your gut. But, Unique Hammond, founder of The Bean Protocol ™, has a different story to tell about beans. Like the age-old song suggests, she does in fact want you to “eat your beans at every meal,” so long as you build up a tolerance for digesting them first.

Unique Hammond is a holistic nutritionist, integrative health coach, and author. She says beans, and a fiber-focused diet, healed her own chronic health issues and now she helps people all over the world do the same. Why does Hammond suggest building up a tolerance to beans? And where does the debate about beans being either “good” or “bad” for you stem from? Let’s take a closer look.

The Misperception That Beans Are “Bad”

They’re in chili, burritos, refried, over rice, and even in cheesy dips. Beans are somehow seen as both a pantry staple and a source of weight gain and bloating. But, according to Hammond, people who complain about beans causing unwanted gas and extra lbs are often eating them along with other heavy foods. They’re also usually eating a lot of beans at once.

“We live in this paleo world that tells us beans are bad,” Hammond recently told rē•spin. Followers of the paleo diet steer clear of beans and legumes because they’re full of lectins, an anti-nutrient that’s widely criticized for causing weight gain, chronic inflammation, and even the development of auto-immune disorders. But, the truth is that lectins are found in all raw foods. While beans and whole grains contain some of the highest amounts of lectins, Hammond says these anti-nutrients shouldn’t scare you.

“If you’re avoiding anti-nutrients you’re basically avoiding food because everything in nature has some anti-nutrients in the raw form,” Hammond explains. “As soon as you cook foods with lectins in them, they’re a non-issue.” Foods like beans, legumes, and whole grains are often avoided for being high in anti-nutrients, but Hammond defends them as incredibly supportive of a healthy gut microbiome. Beans are multifaceted and they’re also full of essential fiber.

After years of studying the world’s longest-living people, Dan Buettner found that there’s no better option than beans if you’re trying to live past the age of 100. “The longevity all-star food is beans,” he told the Global Wellness Summit in a lecture on his research findings. “If you’re eating about a cup of beans a day, it’s probably worth an extra four years of life expectancy.” That’s a pretty simple diet adjustment for such a generous boost to your life span. Buettner’s research highlights Hammonds’s philosophy that beans might just be the key to living long and well.

The connection between beans and longevity has a lot to do with how beneficial they are for your gut microbiome. Beans are both a prebiotic and a probiotic. They even contain some postbiotic compounds that are produced by the gut when it’s fed enough fiber. Miraculously beans are also a rich source of fiber, with navy beans having some of the highest amounts at 20 grams of fiber per cup. We tend to think of fiber as an old person’s food, but more recent research is showing how crucial getting enough of this nutrient is for maintaining a healthy microbiome and even getting enough sleep.

At rē•spin we know that health is a uniquely personal journey with many different paths. Our goal is to give you a variety of perspectives so you can decide what works best for you. We love exploring new approaches to wellness with success stories like Hammond’s. Her clients come to her with conditions like IBS, hormonal imbalances, unexplained infertility, and chronic fatigue. The Bean Protocol ™ has been so successful in helping women increase their fertility that clients refer to their long-awaited babies as “bean babies”.

Getting Started with The Bean Protocol ™

Hammond describes her nutrition program as a whole foods diet with a focus on fiber. Beans are the main focus, but not the only important component. “If you’re well, just add beans in. If you’re unwell it’s also all about what you pull out of your diet,” she says. Anything that can stimulate your nervous system is cut out. That includes sugar (even from fruit), alcohol, and caffeine.

If you aren’t used to digesting a lot of fiber, Hammond recommends starting off small when adding beans into your diet. This helps ease the initial gassiness you might experience. Some of Hammond’s clients start out with as little as two tablespoons of beans a day with noticeable improvements to their digestion. She’s a big fan of canned beans because you get the chance to experiment with smaller amounts of a wider variety of beans. They’re also an affordable way to add more organic produce into your life. According to Hammond, the best bean for you is the one you digest the easiest, which involves a little trial and error.

“Eating for health is kind of a glamorous term that gets thrown around in the wellness community, but what it really takes to get healthy when it comes to eating for health can be kind of not that glamorous,” she says. Beans certainly don’t sound like the most glamorous food, but thankfully Hammond has an index of bean recipes that make them a lot more interesting. The bean recipe below shows you how simple garbanzo beans can be transformed into delicious, sweet pancakes with long-term health benefits. 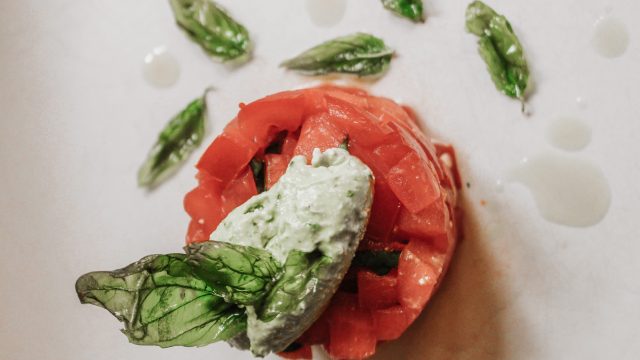 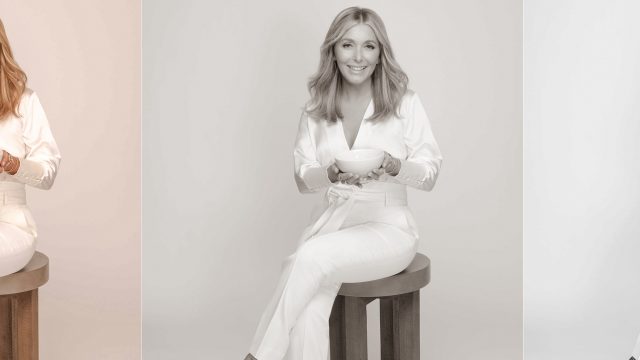 What’s The Deal With Bone Broth? The Power of Healing Through What You Eat

rē•spin the way you look at your diet.
By: rē•spin 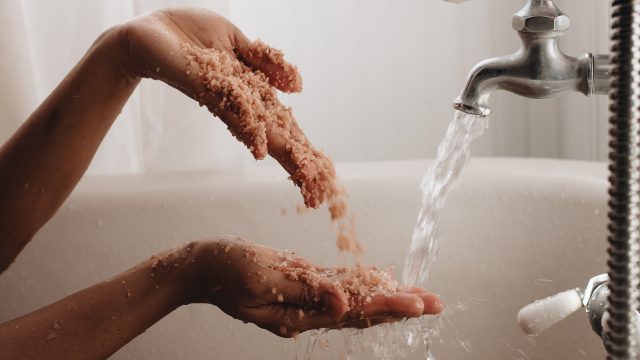 This Detoxifying Self-Care Practice Can Help You Sleep, Detox, and More

rē-think bathing as a tool for better health.
By: Jessica Ourisman