rē•thinking this everyday staple in the name of holistic health. 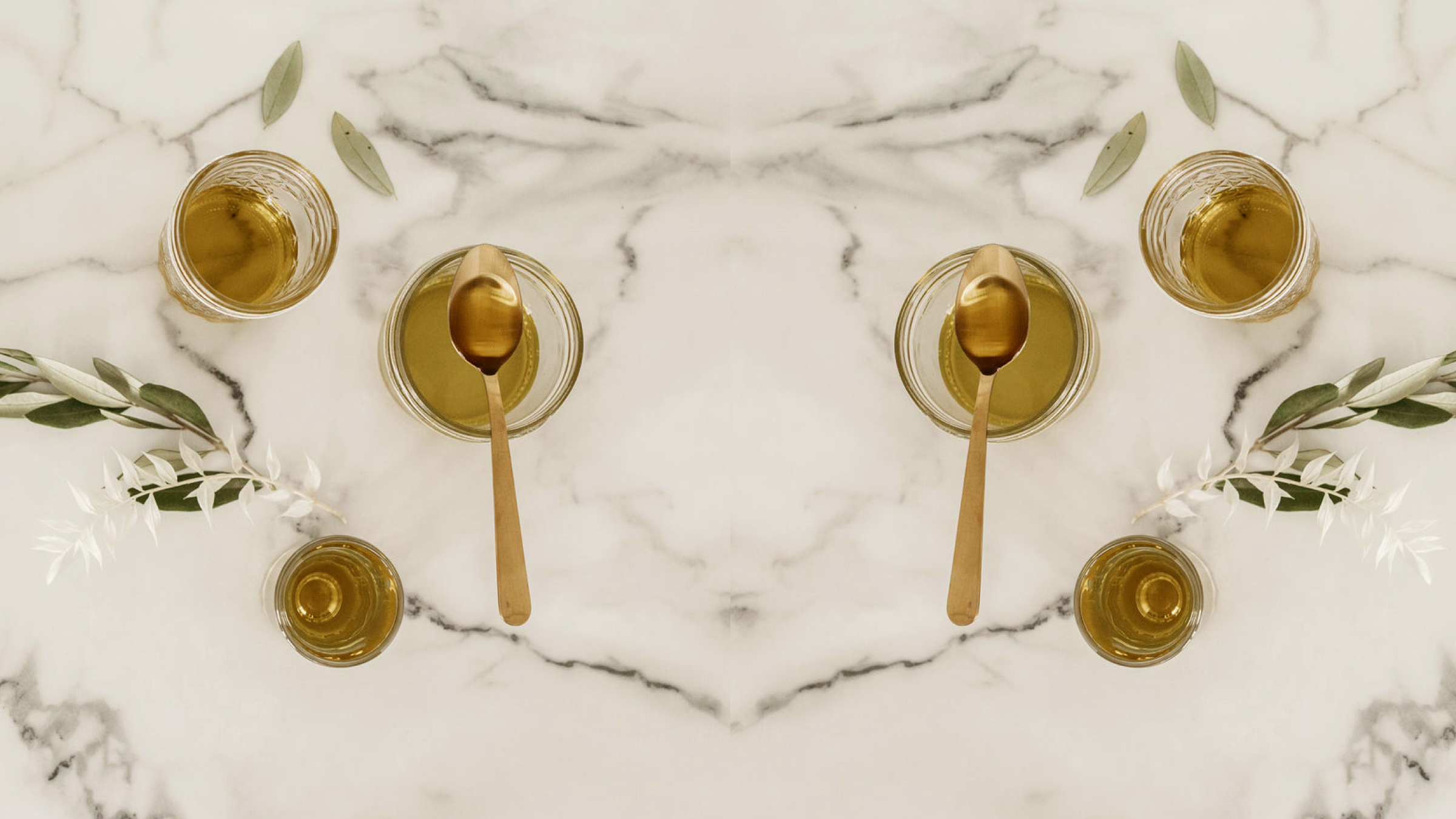 Olive oil has existed for thousands of years with uses pre-dating 2500 B.C. It was first used as lamp fuel and only introduced to the domain of cooking some 2,000 years later. Nowadays, it might seem like a basic kitchen essential — reached for in the meal-making process or for adding extra oomph to Mediterranean dishes. But this would be an oversimplification made without fully understanding its superfood potential. As it turns out, unprocessed, extra-virgin olive oils possess powerful anti-inflammatory and antioxidant properties.

“100 years ago, if you were lucky to live in an olive oil-producing region, you had access to a fresh, unadulterated, excellent-quality superfood,” says Dr. Limor Goren, a cancer researcher and founder of the olive oil brand kyoord. She goes on to explain that modern culture’s industrialization of agriculture, and the competitive need to create cheap food sources, is what has led to its diminished health benefits.

She is, after all, an expert on the subject. Dr. Goren uncovered some of olive oil’s most significant benefits by centering her research around Oleocanthal, one of the most important anti-inflammatory molecules to be found in medical-grade olive oil. As she discovered, Oleocanthal is also toxic to cancer, making olive oils rich in molecules effective in killing various types of cancer cells. How is this for validation that “food is medicine”?

There are two words to keep in mind when searching for these extra-healthy forms of high-phenolic olive oils: medical-grade. Deciphering what is and what isn’t considered medical-grade comes down to an issue of both quantity and quality. Dr. Goren tells rē•spin that every extra-virgin olive oil contains polyphenols, but the question comes down to how much they contain and how quickly they are consumed. Why? Because their quality diminishes rapidly from the time of purchase.

Extra virgin olive oil that is purchased in a store contains around 150 mg of polyphenols per kilo, which Dr. Goren says “is nice, but not a lot.” Finding polyphenol-rich olive oil is tricky because, in the United States, the FDA doesn’t regulate or require a list of polyphenols on olive oils. The European Food Safety Authority does, however, and it states that only olive oils with more than 250 mg/Kg of polyphenols can bear a health claim of being medical-grade. With 250 mg/Kg being the lowest limit, this would correlate to 20g of olive oil, or roughly 1.5 tablespoons, for a serving. But Dr. Goren suggests looking for olive oils in the 1,000mg/Kg level, as polyphenol content drops between 10-50% per year while in storage.

Aside from the olive oil’s concentration of polyphenols, which polyphenols the olive oil contains determines the quality. We know there are polyphenols with antioxidant properties, but others — like Oleocanthal — possess specific benefits that can be sought out. “Oleocanthal is a very strong anti-inflammatory molecule, and it has been associated with the alleviation of many conditions that are caused by inflammation,” Dr. Goren says of the fairly recent knowledge. “Whether the olive oil is high or low in Oleocanthal has mainly to do with the variety of olive. I believe that in order to maximize the medicinal benefits of olive oil, it is important to consume one that is both high in overall polyphenols, and in particular, high in Oleocanthal.”

So, how do you know it’s good?

There are two main ways to determine if olive oil possesses functional health benefits. One ingredient to look for is the “good fat,” oleic acid. Oleic acid is associated with reducing bad cholesterol and promoting overall cardiovascular health. While every olive oil contains significant amounts of this acid, if the oil goes bad, the ingredient oxidizes and is no longer beneficial. Hence, freshness is paramount.

Then, of course, there are the antioxidant-rich and anti-inflammatory polyphenols. As mentioned, grocery store brands often contain low levels of polyphenols by the time they’re put on the shelf. This is determined by how the oil was made and how long they were stored prior to purchasing. Dr. Goren says that grocery store oils are best when they are fresh, at least less than two years from their harvest date. Of course, this information is not advertised on the bottles.

As for your shopping guidelines, Dr. Goren suggests that if you find an olive oil with a harvest date on it and it’s under two years old, buy it. If you can’t find a date, at the very least, make sure that it comes in an opaque bottle to protect it from sunlight. A taste test would also be ideal in order to ensure that you’re not smelling or consuming old ingredients whose polyphenol-levels might have been depleted. 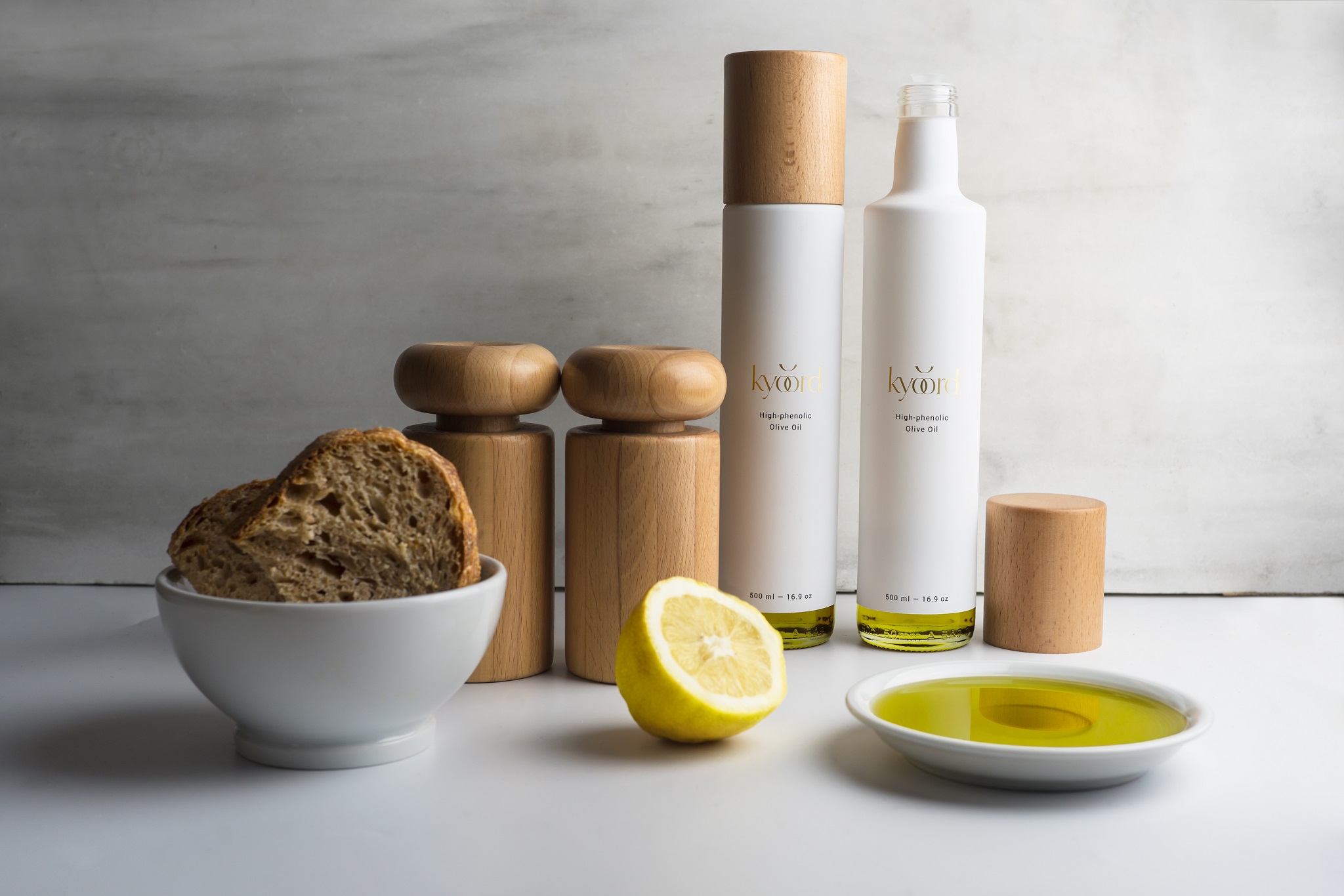 So what about high-phenbolic olive oils is so healthy? “They promote a diverse gut microbiome, reduce the risk of neurodegeneration in later age, as well as other chronic diseases,” Dr. Goren says. “People who consume larger amounts of extra-virgin olive oils tend to develop less heart disease, less cancer, and frankly, live longer!”

For nearly ten years, Oleocanthal has also been known as a strong anti-carcinogenic agent. Yet to this day, it’s poorly understood how and why it attacks cancer cells specifically. In Dr. Goren’s lab, multiple tests were performed in its purified form on different types of cancers, proving almost every time that it was moderately to highly toxic to cancer cells. In another test, when Oleocanthal was in its native form as an olive oil, the oils with more Oleocanthal were toxic to cancer cells, and oils with low levels of Oleocanthal did not cause cell death at all.

Dr. Goren also cites research demonstrating the benefits in the prevention and maintenance of diabetes, particularly type 2. She explains, “High extra-virgin olive oil consumption is associated with 16% reduction in the risk of developing type 2 diabetes. Higher olive oil consumption is also associated with reduced diabetic markers such as lower fasting glucose levels and increased insulin sensitivity.” So there you have it.

rē•spin how you consume olive oil

Well, what do you do with olive oil when you’re consuming it for your health, rather than simply just for taste? Since kyoord olive oils are high-phenolic oils and contain five-to-eight times the average concentrations of polyphenols and Oleocanthal, they can be used for drinking in shots, nutritional supplementation, and, of course, in cooking. You can start your day with a shot of oil, make a point to use them in salads, as a dip for bread, or as a finishing oil for your favorite meal. And yes, you can even cook with it, whether you’re sautéing, frying, or baking. That being said, raw oils will contain more polyphenols at the end of the day, but studies have been done that show that they transfer to food during the cooking process and enrich your food.

It’s Dr. Goren’s mission to make fresh, nutrient-dense olive oil available to consumers. Unfortunately, this does come with an extra cost — but it’s worth it. “We need to realize that it might not be as cheap as a mass-produced product, but it’s because it is truly a different product,” she says. “[Medical-grade olive oil] will protect our health and quality of life – and [could] end up saving us money on healthcare in the long run.” 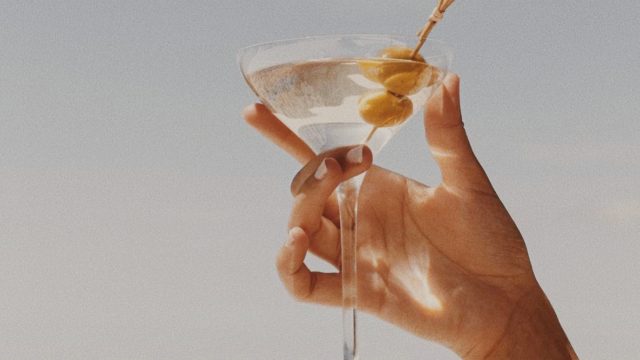 A festive delight.
By: Dr. Limor Goren, founder of kyoord 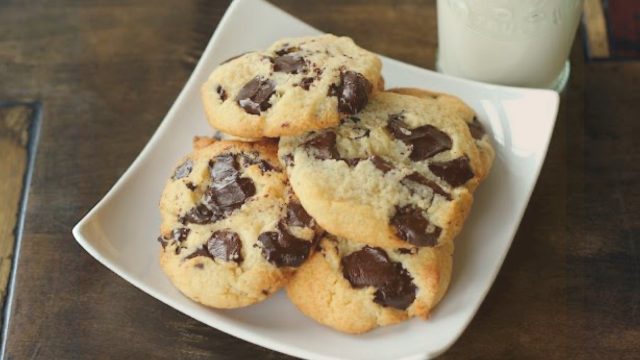 rē•imagining a classic.
By: Recipe by Maria Emmerich

From fashion week to your skincare shelf.
By: Jessica Ourisman