Shop rē•spin product now
rē•spin YOUR FIT is live!
What is rē•spin??
Home | CONNECT | Dreamwork: What Do Your Dreams Really Mean?

Dreamwork: What Do Your Dreams Really Mean?

rē•visiting the notion that dreams are meaningless… 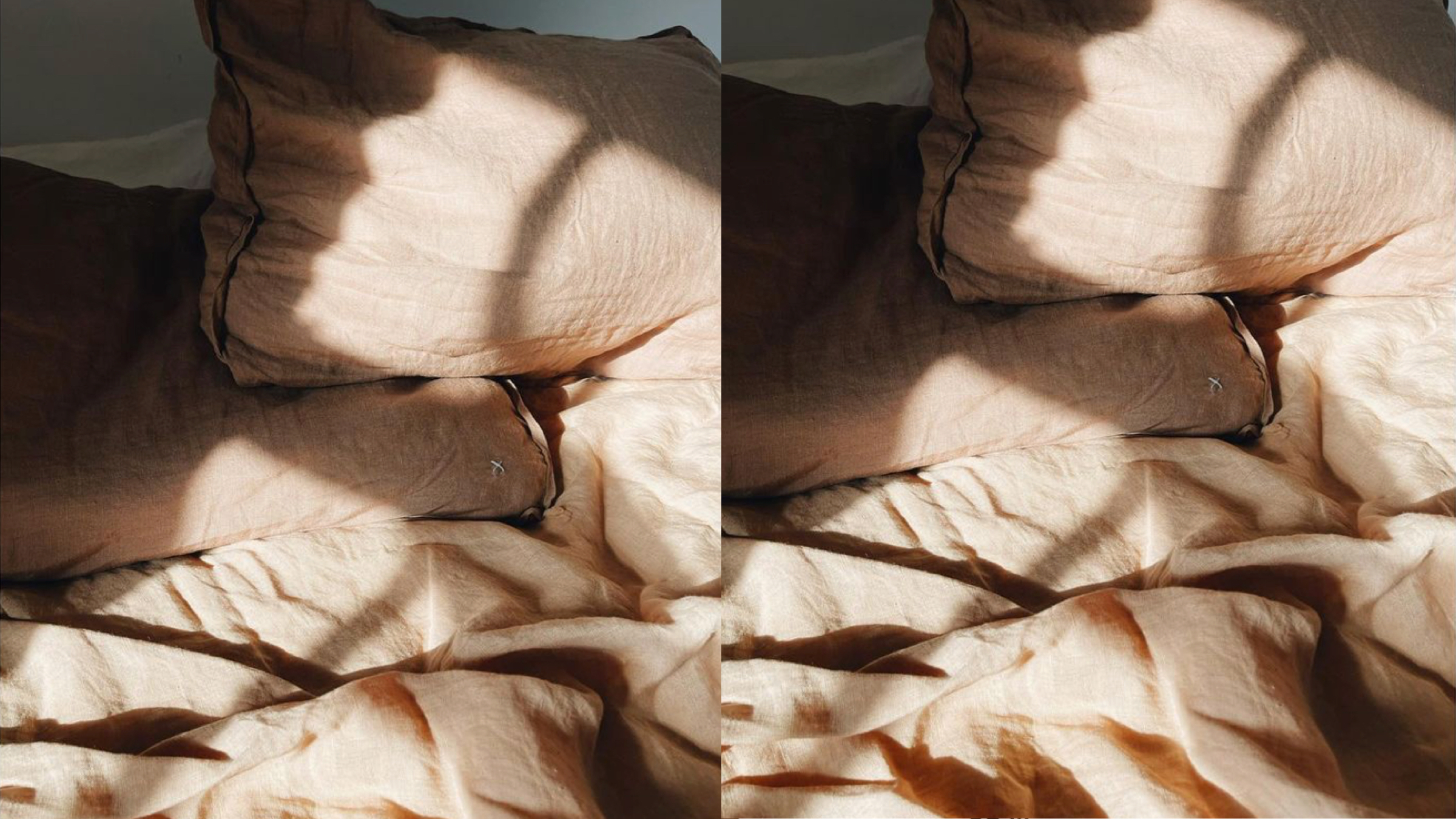 Not everyone is a vivid dreamer, but most people have a friend or family member that has experienced a lucid dream, one in which they reconnected with a loved one that has passed away, or even had a psychic experience of something that later came to fruition. It is even said that Paul McCartney dreamt the lyrics to the Beatles song ‘Yesterday’ before it went on to become a classic. Dreams can be deeply impactful and insightful, emotional and fear-inducing; many different relationships exist between dreams and dreamers.

Yet with no evidence-based, biological proof that the visual contents of our dreams have significance, there are scientists that will tell you in no uncertain terms that they are meaningless. Dr. Michael Lennox, psychologist, and spiritual teacher, starkly disagree with this nonchalant dismissal. “No, there’s no explanation about why the dream state, or REM sleep moment, includes this visually-rich, imaginative landscape that we glimpse and dive into,” he tells rē•spin. “But from the beginning of psychology, Sigmund Freud and Carl Jung took dreams as [significant], revealing unconscious material. So the world of psychology is in 100% agreement that dreams open us up to our unconscious experience.”

Keep reading to learn more about how to connect with your unconscious and awaken to the deeper meaning behind your nightly dreams.

The Biological Function of the Dream State

Dr. Lennox points out that science does confirm the biological importance of the REM state during sleep. One critical function is to detox the brain of what he calls “brain poop” — better known as “metabolic waste.” “The metabolic waste from all cells enters the bloodstream and then the lymphatic system and renal system clean it out, but the blood-brain barrier has no connection to clean out toxins,” Lennox explains. “So, the brain has a whole other way that it does this [which occurs] when we go into REM sleep.” He explains that during the REM state, metabolic waste is transferred into the cerebral spinal fluid, which is then flushed past the blood-brain barrier and into the body in order to be cleansed. This is also why you can feel groggy or even hallucinate when sleep-deprived. “It’s because there’s metabolic waste in the brain clouding up the signal movement so that you’ll hear things that aren’t there, or get foggy and cloudy in your mental capacity. Really, it’s that the brain’s got too much metabolic waste.”

As for the imagery within dreams, neuroscientists explain it as being triggered by the metabolic waste being removed from the brain cells. The contents of the dreams can be viewed as a byproduct of the short-term memory formation that takes place in the REM state. “What’s going on in the brain is reviewing everything that happened during the day and then the short-term memory is formed in REM sleep,” he says.

Dreamwork: The Mystical Side of Dreams

But understanding the physiology of dreaming is just one portion — what about their deeper meaning? “The third pillar of this mystical, psychological thing that dreams are is not proven, not scientific, and has no way of being proven, but…has never diminished in psychology, certainly not In-Depth psychology or Jungian psychology, that dreams have the unconscious reflection or opening to stuff that’s [in your subconscious.],” Dr. Lennox says. Some spiritual traditions teach that the soul becomes untethered from the body during sleep and is free to roam the astral realm, while others say that the veil between life and death is thinner while we sleep — hence visitations from those that have passed on. “I’ve often had a sense of, ‘Well, what if the dream landscapes that we visit exist somewhere in the universe, and we can visit other dimensions [because] energetically we’re open to what the mystics and spiritualists believe?'” he muses.

An inherent spiritual component can also be found in the psycho-spiritual fixation with lucid dreams, in which the dreamer is aware that they are dreaming. Ranging in experience from a simple awareness that you are dreaming, to being able to control or guide the dream yourself, there are actual courses to help people achieve lucid dream states. “I think it’s evidence of our connection to something greater in such an enormous way,” Dr. Lennox says of the draw. “The most challenging thing about being a human being is figuring out why we are here and making sense of this existence [and] lucid dream moments crash through our 3-D reality of physical form as all there is [and connect us] to multidimensional consciousness. That lucid moment is one of the most powerful, integrated moments a human being can have — aware of self as human in 3-D form, and self as a reflection of the divine.”

Dreamwork: What Is It?

But belief systems aside, working with your dreams is another matter entirely. He thinks of dreams as stories being told in the language of the unconscious — namely, the language of symbols. “I’m hearing the story, but also interpreting it in terms of dreamwork. For instance, if you encounter a snake, we say that represents change and transformation because [of the snake’s quality] of the shedding of its skin,” he says. It is important to note that what gives the snake this meaning taps into something that Carl Jung coined as the “collective unconscious” — a category of innate knowledge that we are all privy to, consciously or not. “What makes it significant is that everyone knows that snakes shed their skin, so that knowledge lives in the collective,” he says. Thus, when he is told a dream by a client, he intuitively picks out the archetypes it contains, which typically speak to questions such as: “What is the bigger human theme that’s being expressed by the symbol?”

But he wants you to know that there is not just one way to interpret a dream. “Our dreams just want us to be relating to them. The bottom line is simply remembering a dream and you are having a relationship with your dreams. Writing it down increases your relationship and your unconscious will respond to that. Sharing the dream with another human being takes it to another level,” Dr. Lennox explains. “The piece de resistance is when you put creative expression around working with the dream — a poem, a dance, a drawing. That’s using unconscious expression to respond to unconscious information. It tells the unconscious you’re paying attention by speaking in its own language — the language of symbol.”

Dr. Lennox reveals that the most common dream types are those that include flying, falling being chased, unpreparedness (i.e., being naked in public, being late and unready), and teeth falling out. How he analyzes them, and how they relate to each other, is a fascinating process that comes back to the mind’s symbolic interpretation of the human experience.

First of all, he views flying versus falling as a binary continuum. “Flying versus falling relate to each other; falling is the only thing that’s really dangerous when we’re born into gravity,” he explains of the most primal human depiction of fear. “[Fear of falling] is pre-installed into the body because it’s one of the worst things that can happen in three-dimensional reality, [whereas] flying is the antidote to the heaviness of gravity. So flying is the archetypal sense of rising up from the grounded, human condition — an archetypal sense of aspiration.”

If, however, you often dream of your teeth falling out, the meaning goes much deeper than a fear of going to the dentist. “The teeth dream is marvelous because it’s a good way of understanding the literality of symbolic meaning,” Dr. Lennox says. He points out that teeth attract love with a smile, they help us stay alive as part of our digestion, and that — evolutionarily speaking — there was a time when baring your teeth in a snarl served as a form of protection. “If you lose your teeth, you can’t attract love, sustain yourself, or protect yourself,” Dr. Lennox reveals. “This leads to a feeling of insecurity because of the constructed understanding of everything they represent.”

Products to Create Your Own Sleep Sanctuary 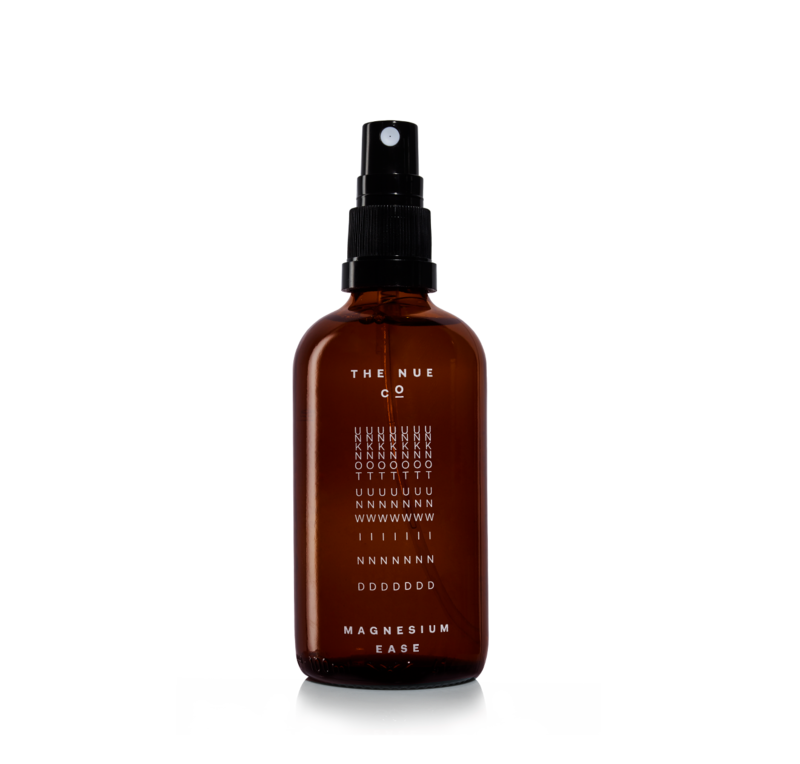 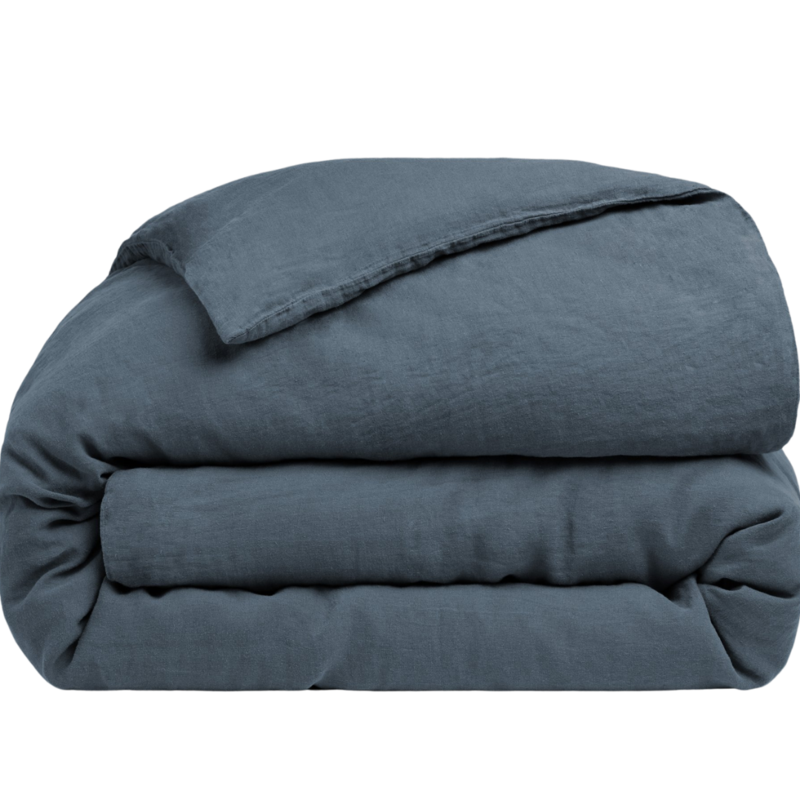 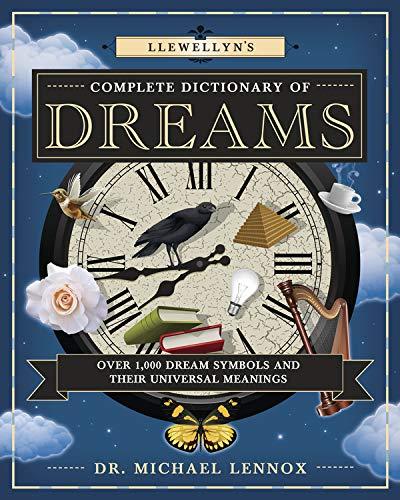 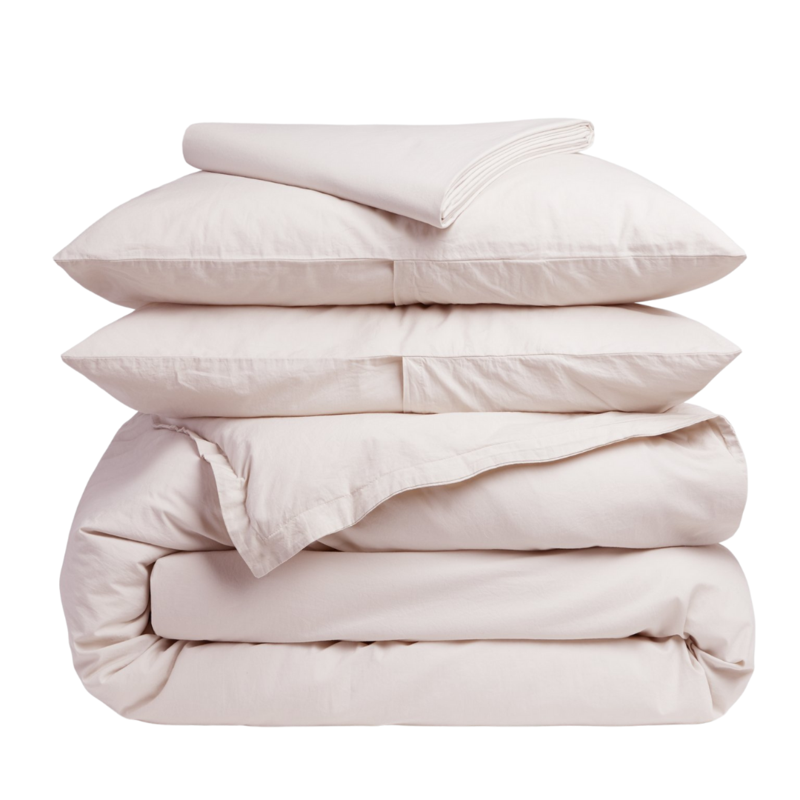 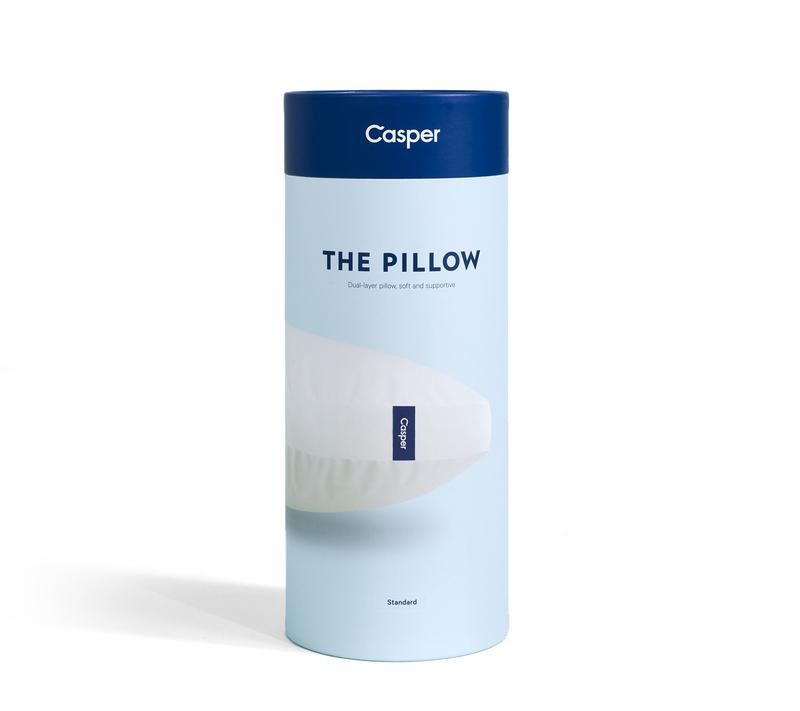 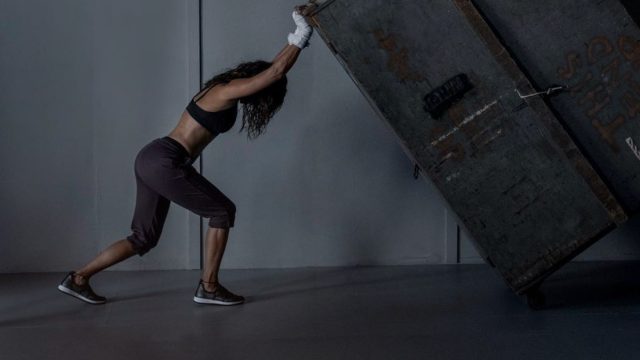 How Can We Holistically Declutter?

Making the connections between clearing physical, mental, and emotional space
By: rē•spin 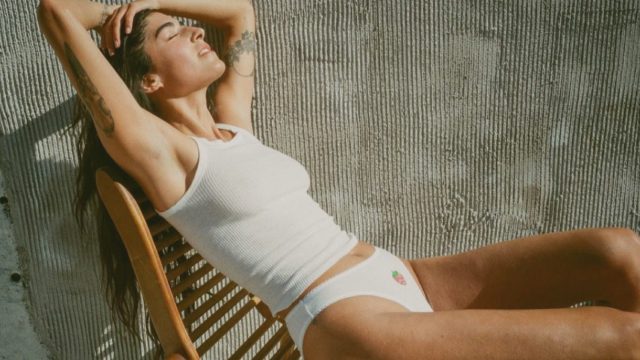 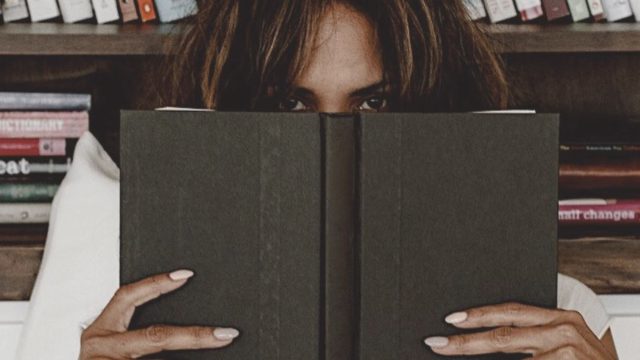 A book share to guide your wellness journey
By: rē•spin