Shop rē•spin product now
rē•spin YOUR FIT is live!
What is rē•spin??
Home | CONNECT | From Past to Present: Black Women Trailblazers

From Past to Present: Black Women Trailblazers

The women who came before us. 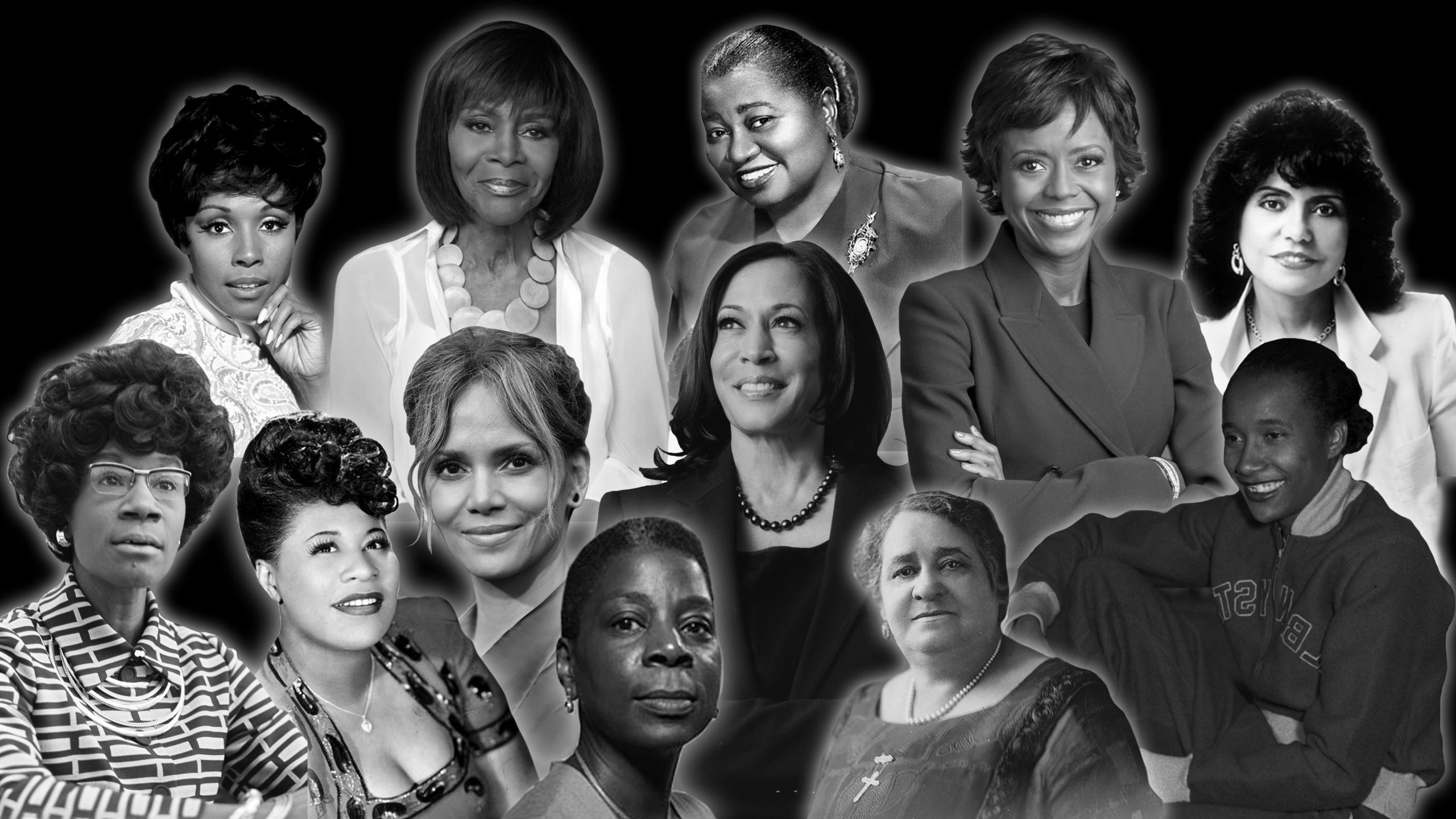 There is a first for everything in life, including being the first woman to break a new glass ceiling. As we transition out of Black History Month and into Women’s History Month, we want to highlight some of the incredible Black women in history who have solidified their roles as trailblazers… From politics and sports to beauty and entertainment, we want to honor this incredible group of women for lighting the path for the generations to come.

Shirley Chisholm is a name to know in the world of politics. Chisholm has become the first of many things. The renowned politician became the first Black woman to be elected to the United States Congress in 1968. Just four years later, long before Hilary Clinton and Barack Obama, she became the first woman and the first African American to seek the nomination for president, under a major political party.

Chisholm’s motto (and eventual book title) “unbought and unbossed” carried her through her seven terms in the U.S. House of Representatives as she advocated for women’s and minority rights in our country.

Chisholm paved the way for yet another modern trailblazer in American politics: Kamala Harris. Last month, Harris claimed her spot in history as the first woman of color elected to serve as Vice President of the United States. Vice President Harris has acknowledged her role’s significance and credits the women who came before her for making her victory possible. She also acknowledges the generations of women that will follow in her footsteps. In her victory speech back in November 2020, Harris noted, “But while I may be the first woman in this office, I won’t be the last. Because every little girl watching tonight sees that this is a country of possibilities.”

We still incorrectly correlate sports with being  “a man’s world,” often forgetting the women who have made big impacts in the world of sports. Take Alice Coachman, the first Black woman to win an Olympic gold medal. Alice Coachman was a track and field star who made history at the Olympic Games in London in 1948. Coachman, even with a back injury at the time, set a record in the high jump with a mark of 5 feet, 6 ⅛ inches. Following the Olympics, she formally retired from competitions but remained in the spotlight. In 1952, she became the first African American to earn an endorsement deal after becoming Coca-Cola’s spokesperson.

Even today, enterprises are still typically run by men, white men to be exact. Ursula Burns shattered that glass ceiling in 2009 when she became the first Black female CEO of a Fortune 500 Company at Xerox. Burns climbed her way up the ladder at Xerox, taking an internship with the company before going to grad school. Burns signed on with Xerox shortly after, working her way up until her eventual historic role as CEO, inspiring women in business to think bigger for generations to come.

Maggie Lena Walker devoted her life to the advancement of civil rights as well as economic empowerment and educational opportunities for Jim Crow-era African Americans and women. In addition to her activism, Walker made history in 1903 as the first Black woman to serve as the president of a bank and to charter a bank in the United States. Walker also founded the St. Luke Herald newspaper, the St. Luke Emporium, and the St. Luke Penny Savings Bank, later becoming the chairman of the board of the Consolidated Bank and Trust Company.

Mellody Hobson is what we like to call a modern-day financial guru. Hobson became the first Black woman to head The Economic Club of Chicago in 2017, an organization that helps foster connections between leaders in Chicago and encourage dialogue on important economic and social issues.

Hattie McDaniel is beloved for her roles during the early 1900s, but the actress truly made history when she won an Academy Award for Best Supporting Actress on February 29, 1940, for her role as Mammy in “Gone with the Wind,” becoming the first Black actress or actor to ever win an Oscar.

Our founder, Halle Berry, became a modern trailblazer for Black women in Hollywood after becoming the first Black woman to win an Oscar for Best Actress for her role in “Monster’s Ball” in 2002. In her speech, Halle humbly proclaimed that the moment was bigger than herself, telling the audience, “This moment is for Dorothy Dandridge, Lena Horne, Diahann Carroll. It’s for the women that stand beside me, Jada Pinkett, Angela Bassett, Vivica Fox. And it’s for every nameless, faceless woman of color that now has a chance because this door tonight has been opened.”

In a world where BIPOC women continue to face inequality, inequity, and racism, Halle has used her activism as an aid through foundations and charities while championing issues like domestic violence through Jenesse Center and passing the anti-paparazzi bill to protect the children of public figures.

As an actress, director, and producer, Halle has been able to work under her own rules and set her own standard, ready to uplift up-and-coming Black performers in the industry today. As a person, Halle has kept her life an open book, revealing the secrets to her six pillar wellness philosophy–strengthen, nourish, give, awaken, connect, and eternal. With these foundations in mind, everyone has the ability to rē•spin their lives and strive for great health, mindfulness, and intentional living.

Ella Fitzgerald also embodied what it meant to be an incredible artist and performer, earning the moniker “First Lady of Song” for her musical prowess. Throughout her expansive career, Fitzgerald recorded more than 200 albums and 2,000 songs in her lifetime, with her record sales exceeding 40 million. Fitzgerald was present at the very first Grammy Awards in May of 1959, picking up two awards for best individual jazz performance and best female vocal performance becoming the first Black woman to win the honor. Due to her unparalleled vocals and superb artistry, Fitzgerald collected 13 Grammys during her career in addition to the NAACP Image Award for Lifetime Achievement and the Presidential Medal of Freedom.

Diahann Carroll was a woman of many talents, tackling Broadway as well as the silver screen during her career. Carroll shot to stardom after she was cast as the lead in “Julia,” making her the first Black woman to star in her own television series. But long before her role on TV, Carroll’s historic moment came in 1962 when she became the first Black woman to win a Tony Award for Best Actress in a Musical. The honor was given to her for her performance in “No Strings”, just 8 years after she made her Broadway debut.

Eunice Johnson’s career is a blueprint for the beauty industry. Johnson, who is credited with giving “Ebony” magazine its name, served nearly 50 years as the producer and director of Ebony Fashion Fair. EFF was an annual tour that went across the nation featuring haute couture and ready-to-wear fashion that was designed specifically for Black women while raising millions for the UNCF to help fund the education of HBCU students. In 1974, Johnson launched Fashion Fair Cosmetics, a beauty brand created for women of color that eventually grew to $200 million in revenue after being carried in 2,000 retailers globally.

We couldn’t talk about female trailblazers without paying homage to Cicely Tyson, a true pioneer in the entertainment industry. Tyson moved through life with grace and had a plentiful career spanning six decades after landing her first role in 1957. Tyson’s roles in 1972’s “Sounder” and 1974’s “The Autobiography of Miss Jane Pittman” are what garnered the actress’s widespread critical acclaim. Her career defied the stereotypical roles that Black women often had to portray. Tyson will be remembered not only for her acting career but for her avid and unceasing work as a civil rights activist. Her legacy will live on through her bodies of work and through the generations of women coming up in the industry inspired by her success. 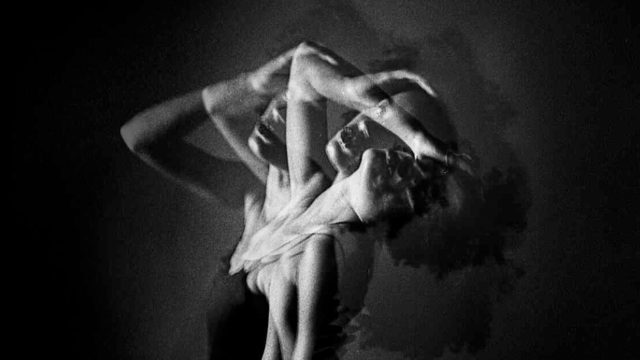 Finding new ways to spend your days off with Dr. Caroline Leaf
By: rē•spin 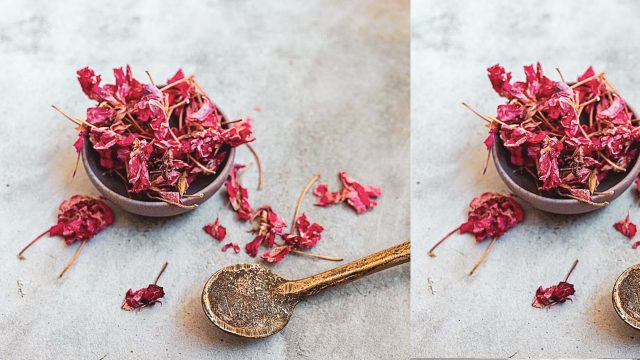 rē-spin The Way You Manifest with Lacy Phillips