TMS: Harnessing Neuroplasticity is the Newest Frontier in Mental Health

Think of it like Crossfit for the brain's "anti-depression" muscles.

You’ve likely heard it said that “neurons that fire together, wire together.” This refers to the neural pathways in the brain, which become strengthened with repetition, anchored into second-nature. Yet neuroscience has proven that the brain is “plastic,” which essentially means that these pathways — which correspond to the behaviors and reactions that signal cognitive, emotional, and physiological states — can continue to be rē-configured throughout the entire life course. Neuroplasticity is the term that describes this ability, and quite literally means you can teach the proverbial old dog new tricks.

When it comes to mental health, neuroplasticity means that patients’ brains can truly become happier, healthier, and better-adjusted in the face of life stressors and underlying mental illness. This is because certain regions of the brain become suppressed with depression, their neurons not firing at the optimal rate. But they can be stimulated non-invasively using magnetic currents that counteract the effects of depression using a treatment called transcranial magnetic stimulation, or TMS. TMS harnesses cutting-edge research in the field of neuroplasticity to treat depression, transforming the quality of life for those diagnosed with Major Depressive Disorder (MDD) — with growing evidence to show for other mental health diagnoses, as well.

NeuroStar is the “OG” in the world of TMS, the first company to achieve FDA-clearance for the treatment of depression back in 2008. As psychiatrist Todd Hutton, Medical Director for Southern California TMS Center and a Provider and Consultant for NeuroStar Advanced Therapy explains, “NeuroStar [has] the most research and evidence behind it [with an] Outcomes Registry database of over 11,000 real-world patients experiencing the benefits of treatment, with over two-thirds of the patients achieving a positive response.”

TMS uses magnets to target the prefrontal cortex of the brain, a region associated with executive functioning, emotion regulation, impulsivity, focus, and more, abilities that become impaired in the depressed brain. Using magnetic currents to target specific neurons over the course of TMS treatment, which takes place five days per week for six weeks, symptoms of depression are alleviated by inciting specific neurons to fire — and wire — together, addressing the innate biological cause of depression at its root.

In an extreme over-simplification, think of it like Crossfit training, pilates, or a SoulCycle class for the brain’s “anti-depression” muscle. Strengthening and toning this “muscle” reaps long-term changes thanks to neuroplasticity’s described adaptability, capacity for conditioning, and continual evolution. “Neuroplasticity is the ability of the brain to modify, adapt, and change habits and behaviors,” Dr. Hutton explains. “The brain is constantly evolving, and that is exactly what you want it to do.”

When the brain ends up in states where it does not grow or function optimally — one of the most significant aspects of depression, characterized by impaired sleep, anhedonia/loss of pleasure, depressed mood, poor concentration/productivity, low motivation, appetite changes, and more — who knew that a magnetic pulse could get it back on track? It was previously believed that adolescence — a phase of heightened development — yielded fixed outcomes to the brain and personality as we entered adulthood, so the realization that this phenomenon can be channeled at all ages bodes incredibly well for the treatment and management of mental illness and so much more. “[Even] older people can keep doing things to keep their brains changing and encouraging this plasticity by staying active, exercising, staying connected with people, and staying engaged in life,” Dr. Hutton confirms.

TMS promotes neurogenesis — the growth of new neural pathways and dendritic connections between neurons — to counter depression’s impact on the brain. Because behavior, cognition, emotion, and physiology are so intricately linked, the consequences are vast and the treatment’s impact as an intervention for depression has been significant, clinically and anecdotally speaking.

“The analogy I make to my patients is that we’re exercising the brain. When you exercise a muscle, the muscle will respond, enabling it to get bigger,” he says. “With TMS, the neurons firing into the brain cause the underactive area of the brain to respond and grow.” This process cues the release of BDNF AKA Brain-Derived Neurotrophic Growth Factor, which helps nerves grow (i.e., neurogenesis). “As a result, the brain cells start to generate more connections. A neuron in the brain might connect to thousands of other neurons, and this causes it to form more new connections; thus, allowing the brain to grow. These underactive areas actually get thicker.”

But why does creating new “grey matter” matter? “If the brain can’t change, then you are unable to learn new things,” Dr. Hutton says. “This is the problem for people with depression because cognitively, brain activity is slowed, [causing] difficulty concentrating. With [treatments like NeuroStar], we can stimulate the brain to grow and bring back its cognitive senses.”

The Future of TMS and Mental Health Treatment

This non-invasive treatment has the potential to be life-changing for the 20% of the population estimated to be impacted by mental illness each year, and the more than 19 million adults in the United States that were impacted by a major depressive episode in the last year. It is especially promising for those with “treatment-resistant depression,” for whom multiple trials of pharmaceutical drugs have not adequately addressed their symptoms. While many psychotropic medications and antidepressants are successful in the treatment and management of depression, finding the appropriate medical regimen is often difficult, and not everyone is comfortable taking medications long-term. Either way, it is safe to keep taking your antidepressant while receiving TMS, and it is covered by insurance.

It looks promising for mental health diagnoses beyond MDD, too. “With NeuroStar’s ability to stimulate nerve cells in the part of the brain that is underactive, there is also the opportunity to focus on other parts of the brain that have different effects,” Dr. Hutton says. “There is numerous and broad research conducted to utilize TMS Therapy for eating disorders, substance abuse, and a spectrum of anxiety disorders including Obsessive-Compulsive Disorders (OCD), PTSD (Post-Traumatic Stress Disorder), and generalized anxiety. Additionally, there is research for neurologic situations such as brain injury, dementia, chronic pain, and Parkinson’s disease.” TMS has not presently received FDA-approval for these conditions yet, but as the body of research grows, the likelihood increases.

The Future of TMS and Neuroplasticity

In addition to its vast potential applications, there are already innovations being made. What began as a treatment that might take up to an hour can now be done in mere minutes of what feels like a series of taps upon your head. Sessions can also be adjusted to help reduce symptoms of anxiety in addition to depression.

As mainstream understanding of neuroplasticity grows, it is important to note that TMS is not the only practice to harness the brain’s neuroplasticity. It can be practiced in conjunction with other modalities — including holistic, complementary alternative modalities (CAM) — that enhance brain health for more robust effects; in fact, technicians and practitioners consider TMS treatment an ideal time frame to begin implementing the behaviors you would like to adopt moving forward, from breathwork to greater socialization. “Yoga, exercise, and meditation can all promote a healthy and functioning brain,” Dr. Hutton confirms. “There is no direct evidence that they [also] promote neurogenesis, though we believe that [they do so by way of] creating a better environment for your brain.” Other emerging areas of research — including ketamine- and other psychedelic-assisted forms of psychotherapy — have also been practiced in conjunction with TMS at practices like TMS & Brain Health in Los Angeles, California, reporting more robust patient outcomes for depression and mental health diagnoses when treatment plans utilize both.

At rē•spin, we believe that the key to finding your optimal path to your greatest health involves finding the precise blend of modalities that resonate with you, personally. One way to “open your mind” to your optimal wellness is to appeal to the brain’s neuroplasticity. TMS is one such treatment that looks promising for a portion of the population that needs hope and assistance.

Make your new year's resolutions successful through self-love.
By: rē•spin 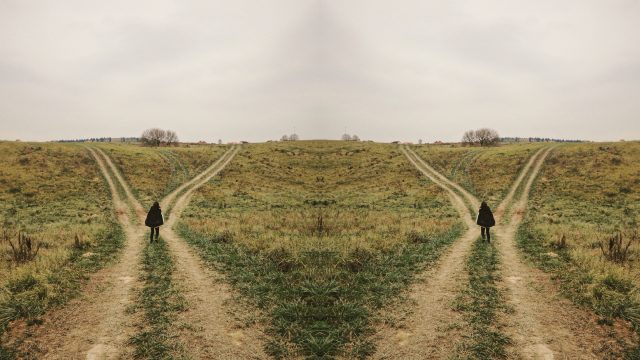 It’s the time of year to hit rē•set
By: rē•spin

Stressful Holidays Ahead? Here’s What to Do.

rē•visit holiday stress *after* sipping on these CBD mocktails by Lord Jones...
By: Jessica Ourisman