Shop rē•spin product now
rē•spin YOUR FIT is live!
What is rē•spin??
Home | STRENGTHEN | rē-Framing the Narrative Around Domestic Violence to Empower Victims

rē-Framing the Narrative Around Domestic Violence to Empower Victims

Asking 'why' is a common form of victim-blaming.

By: Karen Earl and the Jenesse Center Staff 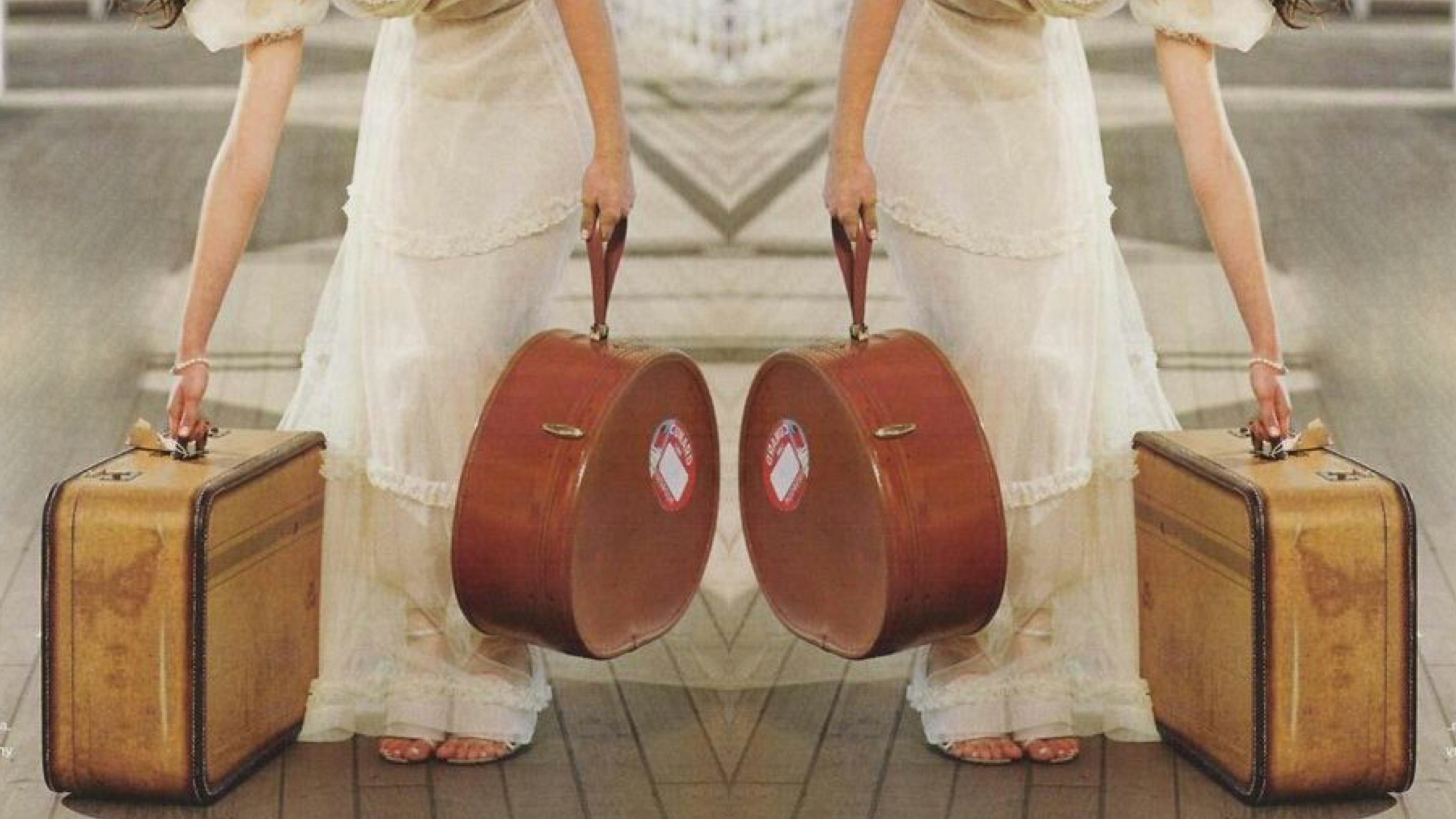 The business community was devastated to hear the news of the tragic death of Michelle Avan, a bank executive and avid champion for women in the corporate world. How could someone so compassionate, successful and popular die in such a violent manner, particularly at the hands of someone who claimed to love her? Because the primary suspect is also a high profile professional, people began to ask whether this was domestic violence.

This tragedy occurred in Los Angeles, but there are stories like this across the nation. In these instances, it’s not uncommon for people to pose questions like, Why do women stay? What were her obstacles to leaving? What should we all learn from a tragedy like this? But questioning why victims stay in relationships with their abusers is actually an insidious form of victim-blaming. Jenesse Center Chief Executive Officer Karen Earl states that this is a question repeatedly asked by the broader community in the wake of domestic violence incidents. It is indicative of societal denial regarding the prevalence of intimate partner violence, and particularly within Black communities.

Statistically, one in four women across all socio-economic statuses will experience a form of intimate partner violence in their lifetimes. Like Michelle, an estimated 51.3% of Black adult female homicides are also related to intimate partner violence. Yet in spite of high profile cases and research-identified trends, acknowledgement of domestic violence as a serious social problem lags, lurking in the shadows of our collective consciousness. As a society, we do not have enough frank conversations to educate people on the signs of abuse, symptoms seen in victims, or the resources available to them. We often have stereotypes impacting who we view as domestic violence survivors, which also prevents many survivors from finding out that they are eligible for services. We also often assume that domestic violence happens in isolation – dirty family laundry to be hidden behind closed doors – without considering its relationship to frameworks of structural violence that glamorize the dominant culture of power and control.

Jenesse Center compiled this list of “Why Victims Stay” to increase our education and awareness on the subject of domestic violence. By doing so, we can collectively start to break the silence on this taboo subject with deeper knowledge and understanding:

One reason that women stay is due to the shame and stigma assigned to domestic violence survivors. Oftentimes, victims themselves are blamed for the acts of violence. Other times, cultural narratives that promote ‘standing by your man’ — or the myth of the ‘Black Superwoman’ who is supposed to manage any adversity that comes her way — get in the way of breaking free. Sometimes faith can cause victims to feel shame, believing that their situation is the result of not praying hard enough, or simply lacking faith.

“ I couldn’t call the police…”

Negative interactions between law enforcement and Black girls and women are rooted in a long history of racial oppression that has all but become institutionalized since. Far too many Black girls and women have been arrested and prosecuted as the “aggressor” when law enforcement is called. In some cases, they have been killed by police responding to their calls for help. Women may also face further isolation, shame, and ridicule by family and friends for calling 9-1-1, or are themselves conflicted by the thought of turning their children’s father over to the state. This inner-conflict is only compounded by years of social injustice at the hands of the criminal justice system.

The most dangerous time in many abusive relationships is once the woman has left. The sudden realization that the object of their abuse has escaped is often enough to turn an abuser into a killer. Factors such as having a gun in the house increases the risk of death, and the victims are often acting to protect their other family members whom their abuser has threatened with violence. Approximately 20% of intimate partner violence homicides are family members, friends, neighbors, or other persons who intervened.

75% percent of people exposed to physical intimate partner violence have children under the age of eighteen. Some abusers actively use the children to inflict physical and emotional harm on their victims, including threatening to take — or even kill — them. In other cases, women face the threat of losing their children to the state. In Los Angeles County, 51.6% of all open child welfare cases involve allegations of domestic violence.

In low-income communities around the nation, girls and women are being held hostage in unsafe places by poverty. A lack of resources creates common financial barriers to leaving, including lack of access to bank accounts, jobs with livable wages, and affordable rent. This makes victims dependent on others — in some cases, literally sacrificing their bodies in order to keep a roof over their children’s heads and food on the table.

These are just a few reasons why victims stay, as told by Jenesse Center survivors. To read the full article, including the factors that influence victims to leave and the barriers to escaping abuse, to learn more about Ms. Avan and how you can help — visit our website https://jenesse.org/.

Jenesse Center is a nonprofit domestic violence intervention and prevention organization founded in Los Angeles in 1980 by Black women to address the culturally specific needs of Black survivors and survivors from communities of color.  Its mission is to restore and provide trauma informed, culturally responsive, holistic, comprehensive services to survivors and families impacted by domestic and sexual violence, and advance prevention modalities to sustain healthy and safe communities free of violence. We’re grateful that Halle Berry has been part of the Jenesse family for more than 22 years. Love 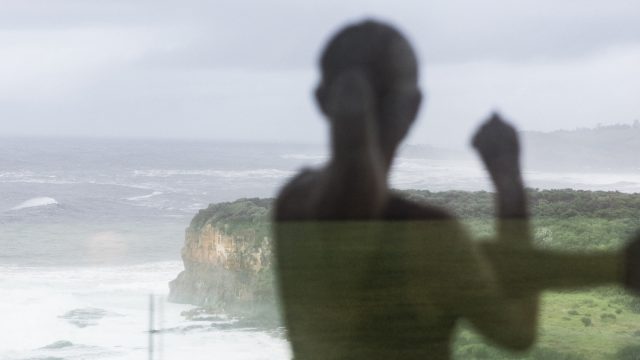 rē•introducing Movement and Relaxation In Our Routines 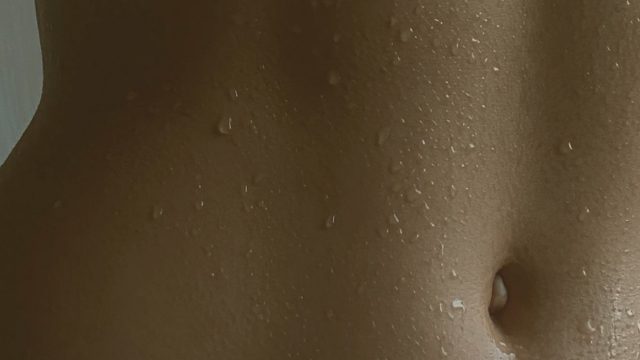 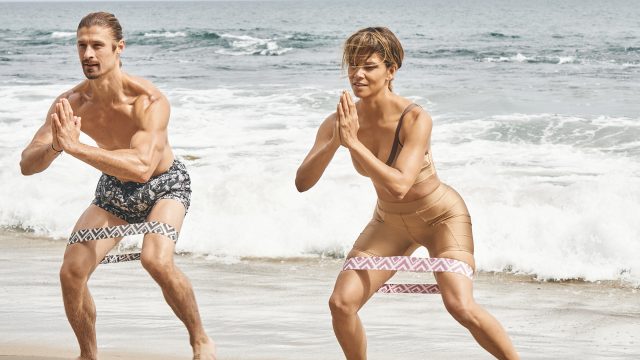