Shop rē•spin product now
rē•spin YOUR FIT is live!
What is rē•spin??
Home | GIVE | Giving Back to the Sea

Giving Back to the Sea

Seaspiracy explains how we can help the world's oceans realize eternal beauty. 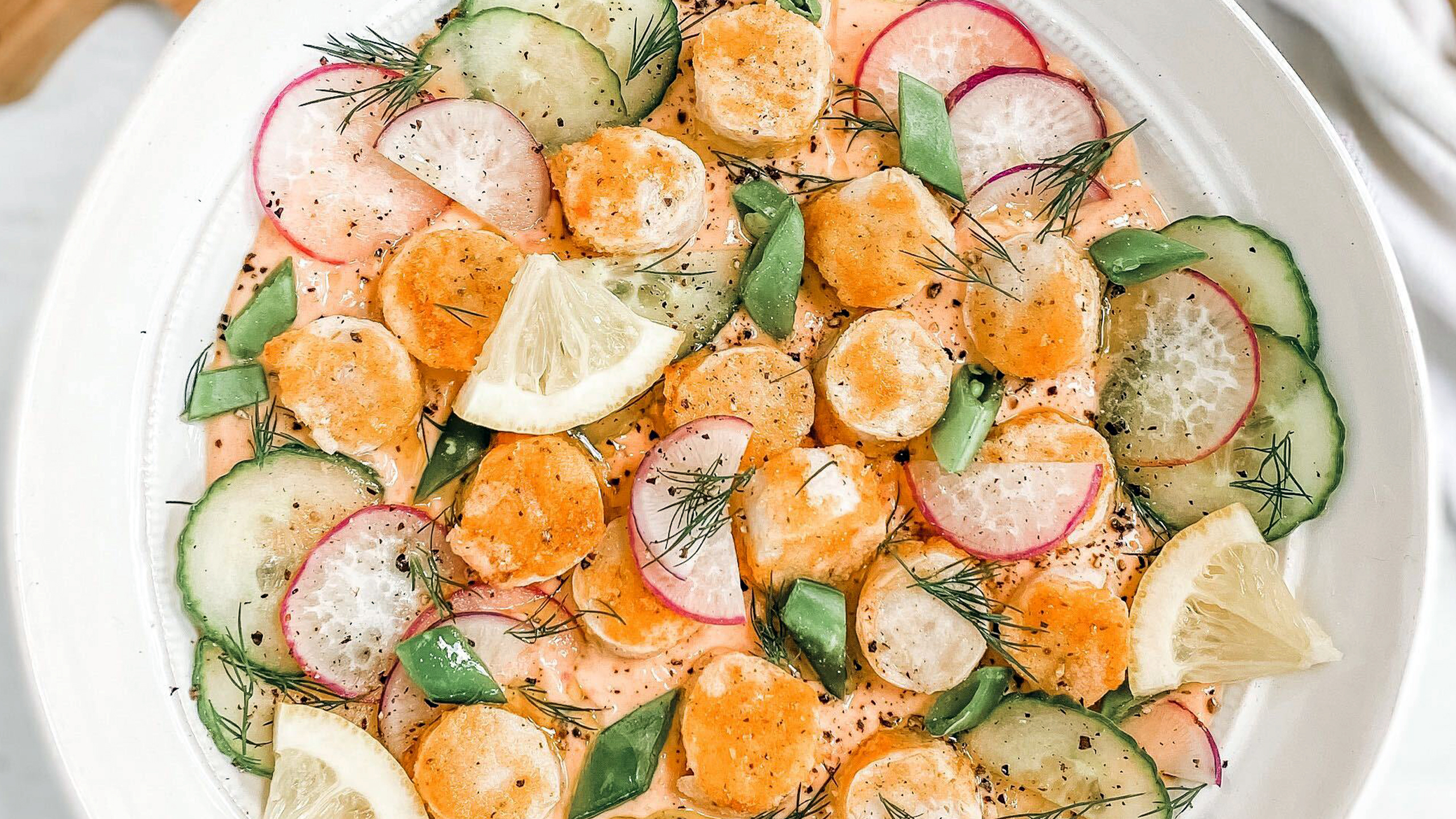 Seaspiracy is a new Netflix documentary by British Filmmaker, Ali Tabrizi, that gives you a gut-wrenching look into the devastating practices used by the modern fishing industry. Fish, especially salmon, is praised as one of the healthiest foods you can eat for your health- full of brain-boosting nutrients like omega 3 fatty acids. But, Tabrizi brings ample evidence to rē-think this theory and even goes as far as suggesting, or rather begging, viewers to stop eating seafood altogether.

While some experts are challenging Seaspiracy’s claims that there are no sustainable fisheries, the real consequences of overfishing are impossible to ignore. Commercial fishing is increasing the threat of extinction to the world’s fish and killing dolphins, sharks, and whales at alarming rates in the process. The industry is also responsible for 46% of the plastic in the Great Pacific Garbage Patch. These frightening facts are worth stopping to weigh the pros and cons of eating seafood and raise the question: How can we nourish ourselves and simultaneously give back to the sea in order to realize its true eternal beauty? Let’s take a deeper dive.

The biggest criticism Seaspiracy receives is over claiming the sustainable seafood movement is misleading. Labels like “Marine Stewardship Council” and “Dolphin Safe” are meant to give consumers assurance that sustainable fishing practices were used and no dolphins were killed in the crosshairs of commercial fishing nets. But, Tabrizi’s film suggests there are no real measures in place to make sure these labels are accurate. The film also makes the case that sustainable fisheries don’t actually exist. A theory many experts are refuting.

The United Nations Food and Agriculture Organization calculates that 65.8% of fish stocks are harvested sustainably and 78.7% of all landings of marine fisheries come from biologically sustainable stocks. While companies participating in sustainable fishing labels don’t promise to be 100% problem-free, they are proven to have less of a harmful impact on marine ecosystems than their non-sustainable counterparts. Regardless of the debate over “sustainable” fishing labels, some devastating truths from the film are still enough to give seafood lovers pause.

Commercial fishing kills whales, dolphins, and sharks in jaw-dropping numbers and the industry heavily pollutes the oceans with plastics, discarding enormous fishing nets with little accountability. It’s estimated that over 100 million sharks are killed as bycatch every year. Seaspiracy alleges that without sharks ruling the top of the food chain, the ocean’s ecosystems won’t survive, and neither will we. A 2006 study suggests oceans could be empty as early as 2048. Because of our deep connection to the ocean’s ecosystems, the ensuing impact on our own survival could be catastrophic.

Is Salmon Really the Best Source of Omega 3?

A major reason for the seafood push is that seafood, like salmon, has high levels of two different omega 3 fatty acids- DHA and EPA. Studies have shown that these omega-3 fatty acids benefit both your heart and your brain, protecting you from the development of inflammation and even mental health disorders. But, this powerhouse nutrient isn’t only found in seafood. It’s actually abundant in many plants, but none more so than algae. In fact, all fish, whether wild-caught or farmed, are rich in omega 3 only because they eat so much algae.

Flax seeds, hemp seeds, walnuts, chia seeds, and kidney beans are other vegan sources high in omega 3. It’s important to point out that omega 3 fatty acids come in three different forms- DHA, EPA, and ALA. Plant-based sources of omega 3 are high in the ALA variety, a short-chain fatty acid that our bodies can’t produce on their own. DHA and EPA are long-chain fatty acids that our bodies (and fish like salmon) make by converting the ALA variety. Algae is an anomaly. It’s full of DHA and EPA, making algae oil supplements an effective way to get all the benefits of omega 3 into your diet, while also giving back to the sea.

While it’s true that fish like salmon are great sources of omega 3 fats, they’re also high in mercury and other harmful toxins. “With so much of the ocean species fished to capacity or flat out depletion, we’ve got to focus on conservation and regeneration,” Monica Talbert, founder of The Plant-Based Seafood Co, recently told rē•spin. “To do that, you have to give the oceans a break! In addition, so much of what we dump in the ocean ends up on our plates, such as microplastics and toxins, that we then unknowingly feed to our family. When you know better, you have to choose better.”

If it’s difficult to imagine living in a world without the joy of lobster rolls and cocktail shrimp that’s where plant-based seafood comes in. The Plant-Based Seafood Co. makes vegan shrimp, scallops, and lobster from a combination of a gluten-free flour blend, algae, pea protein, and vegan seasonings. “We set out to create a sacrifice-free seafood experience that consumers could feel great about,” Talbert says.

If you’re thinking of scaling back or even completely cutting seafood out, consider nourishing yourself with plant-based seafood recipes like the one below. You get a taste reminiscent of the sea and the benefits of algae added into the ingredient list, all while giving the ocean a chance to restore itself back to abundance. What a catch!

Nourish Yourself with This Sustainable “Seafood” Recipe

Recipe by The Plant-Based Seafood Co. 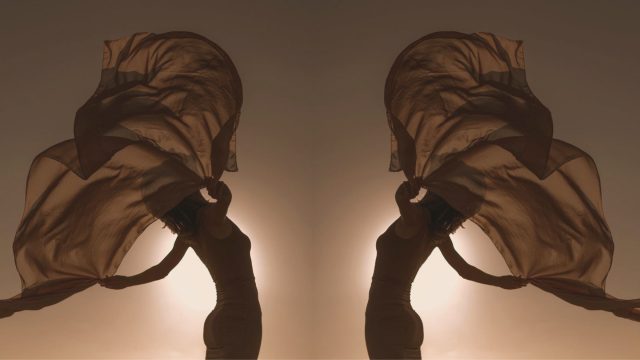 Gift Giving for the Soul

A holiday guide that makes you and your loved ones feel good.
By: rē•spin 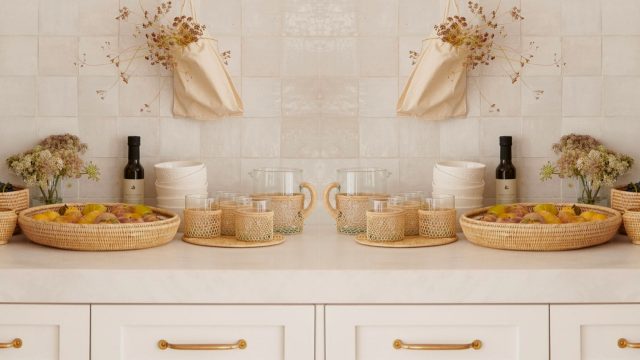 11 Brands to Support to Make This Giving Tuesday More Impactful

‘Tis the season of giving back.
By: rē•spin 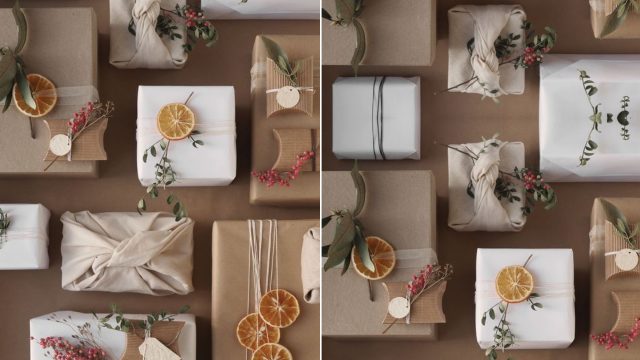 This Year, rē•spin the Way You do Holiday Gifting

Wellness-forward curations for women and men.
By: Jessica Ourisman