Shop rē•spin product now
rē•spin YOUR FIT is live!
What is rē•spin??
Home | CONNECT | Shaman Durek Wants You to Be Your Own Damn Guru

Shaman Durek Wants You to Be Your Own Damn Guru

Look within to live, learn, and rē•align. 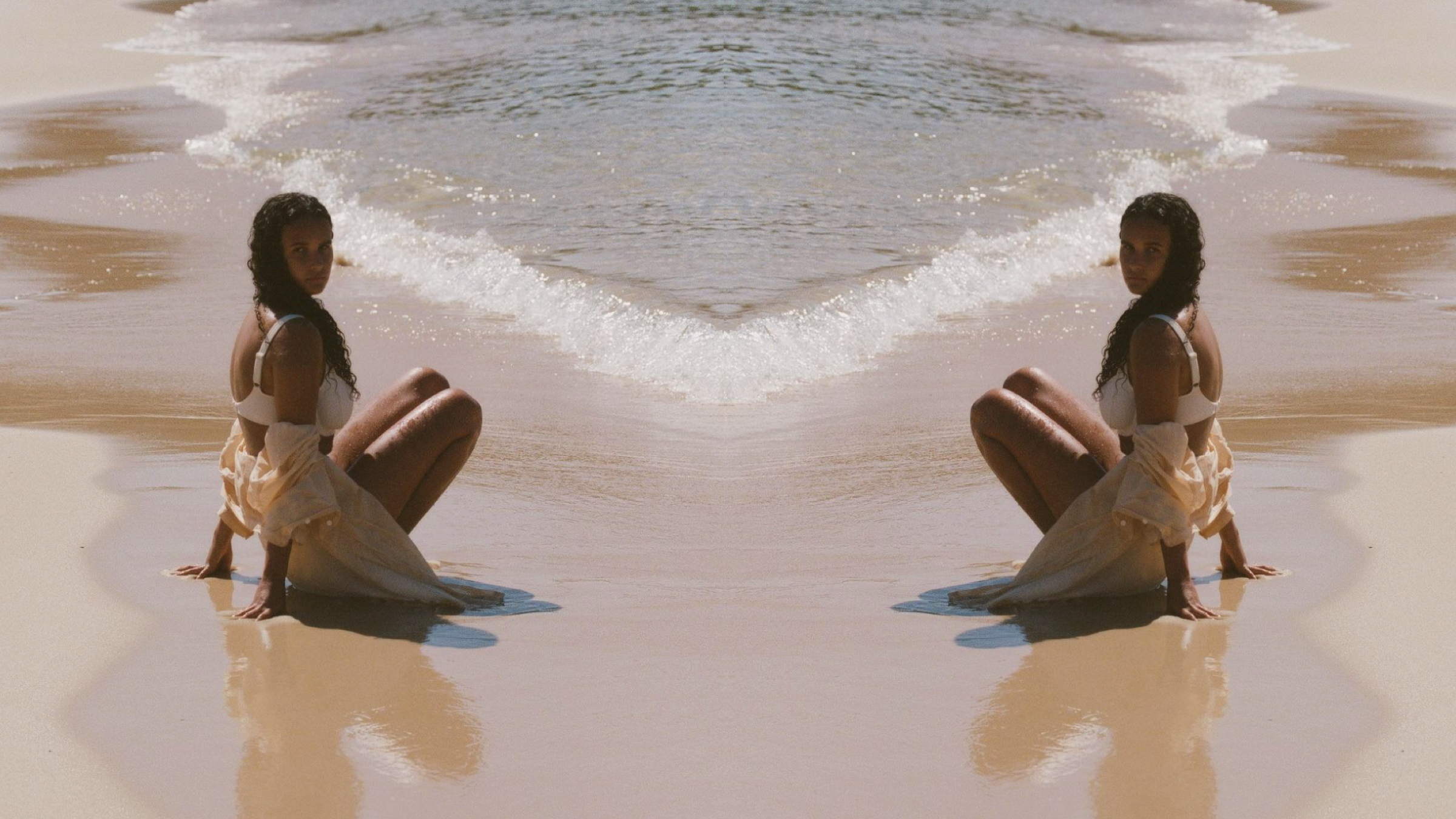 The wellness industry is booming, estimated by the Global Wellness Institute to reach $7 trillion by 2025. As such, the proactive participation in your multidimensional health is more accessible than ever, with countless spiritual teachers and modalities at our fingertips. But as spirituality becomes mainstream, it is becoming commodified in our consumerist society, making it easy to misconstrue the underlying message. This is why the sixth-generation shaman, Shaman Durek, wants to remind you that spirituality is not about keeping up with a trendy regimen to rival your favorite influencer’s; the root of your optimal spiritual practice is instead guided from within.

With a world filled with teachers purporting to have the answer, Shaman Durek is doing it differently, passionately helping his clients learn to be their own damn gurus. “People are creating so many hierarchies in the wellness world that it is taking the actual fabric of spirituality and it’s creating a gimmick,” he tells rē•spin. “My thing is to bring people back to [their] sacredness.” He is concerned that spiritual seekers will fall into the trap of codependency, thinking a certain external teacher, practice, psychedelic, or webinar — each of which can very well impart spiritual states — are the required means of attaining spiritual fulfillment. “The self-actualization of humanity is being frivolously replaced with codependency at a high level,” he says. “Because of this, don’t do what you’re told. You have to tune-into yourself to ask: ‘Is this fulfilling for me?'”

Below, Shaman Durek tells rē•spin more about shamanism, his calling to the path, and what it can teach you about being your own damn guru.

There are multiple types of shamans — Earth Shamans, Air Shamans, Fire Shamans, Water Shamans — but he is a Spirit Shaman, the type that receives information from spirits. Durek was born into a family with a long lineage of shamans. His gifts left him privy to information on others’ family histories, inner-workings, and energetic entanglements. It was only at five years old, surrounded by his peers at school, that he realized these energetic abilities were beyond the ordinary. And so his family began teaching him the rituals and ways of their ancestry at home while outwardly assimilating.

“Shamanism is based upon relationship — relationship to people, food, nature, ancestors. It’s about honoring what God created,” he says, referencing a communal value-system that seeks to strengthen the tribe (rather than to get ahead individually). Rather than putting others down, the shamanic belief system recognizes that what is seen in others is present in the self. Thus, suspending judgment. “We see God as the creator, so if you are putting down someone else, you are putting down God,” he explains. “Think of each person [and living thing] as a piece of art; if you want to love creation, also love what creation created, whether you [understand] it or not.”

As a child, Shaman Durek’s father was adamant that he also study Christianity with his grandfather. “It was actually a good thing,” he says, describing how it helped inspire him to study multiple religions and spiritual traditions in the States and in other countries. “I immersed myself in different belief systems to find out if there was a difference between them. How could I help people unless I truly understood the ways they thought?”

The Importance of Self-Authenticity

Even before devoting his time fully to becoming a shaman, he was using his gifts to help people around him. But by stepping into his calling, he is helping humanity on a much larger scale. It was after a medical crisis as a young man — during which he flatlined and was resuscitated into a coma — that he recovered and devoted himself completely to his work as a shaman. While clinically dead, he had a profound spiritual experience on the other side. He even saw the oft-cited ‘bright light.’ “When I got to the light, I was on a beach. There was a woman there, and she spoke to me in my consciousness, and told me to feel free to ask questions,” he explains. He decided to ask her the root of life’s ills — the reason behind the existence of war, sickness, etc. Her answer was clear, concise, and direct: a malfunction of thinking.

“We, as human beings, act, think, talk against ourselves; we do not utilize our free will in the way it’s supposed to be utilized,” he says. Explaining that our words are powerful, and that the universe provides divine assistance, Shaman Durek notes that we unknowingly use our powers against ourselves, creating experiences of lack and fear-based realities. “We aren’t comfortable being ourselves,” Shaman Durek explains. “We are the only animal on this planet that doesn’t feel comfortable being ourselves because we are constantly trying to be something else.” And thus the importance of looking within when living the spiritual path without. As you disentangle from the projections of others, uncover and express your authentic energetic identity, you will raise your vibration, begin to feel fulfilled, and start to experience alignment in multiple dimensions of your life.

The Spiritual Path: Whittling It Down To The Real ‘You’

To make self-authenticity your quest means recognizing that the spiritual path is not about a destination; rather, it is a lifelong journey dedicated to knowing yourself — and then rē-knowing yourself as you evolve. It is a way of life, and perfection is not the end goal; you live, you learn, and you continually rē-align. “In shamanism, we don’t have a ‘wrong,’ we have an experience,” he says. Without imparting a normative claim or judgment on a situation, it is viewed as an opportunity for refinement to know yourself and rē-align your expression.

This means that you can absolutely change your mind, with Shaman Durek referencing diet as an example. “If you cannot accept hypocrisy, then the spiritual and the health and the wellness worlds are not for you, because your body will change, your spiritual mind will change,” he says. This mentality transcends the attachment to “right versus wrong” as dictated by others, instead inviting you to explore what resonates, keeping an open mind to the natural fluctuations of existence. “Wellness is realness; if you want to have true health, you have to have realness. You cannot function in a world where all these demands are being placed on you, and then you have to try to keep up with the trends and spiritual tasks,” he laments. You alone will know what connects you to a place of expansiveness and inner-peace, and when you follow your internal cues in earnest, these experiences can begin to cultivate what Shaman Durek dubs spiritual maturity.

The energy you bring to the practice is also important. When you “seek” from a place of fear-based codependency with the practice or teacher, even the most revered of experiences can be filtered through the lens of a low vibration. Conversely, even the most seemingly mundane task can become spiritual when approached in a certain state of mind. Your practices and experiences serve to help guide you in the direction of yourself. For instance, his Spirit Optimizer has been created to empower you; helping you channel your spiritual energy to call in the assistance of metaphysical energies.

Inner-work or self-inquiry is another spiritual task that helps cultivate self-knowledge. But rather than looking at inner-healing as having a fixed end date, embrace the process as the practice. “I once met a woman who told me she was completely healed,” Shaman Durek says. “I told her, ‘That’s wonderful.’ But when she asked me if I was completely healed, I told her, ‘No — and I never [could be until creation as a whole is healed].” To Shaman Durek — for whom unity consciousness is readily a part of his reality — complete healing does not refer to any individual, but to all of creation.

Spiritual seekers often reflect back on their earlier journeys to realize that they had been unknowingly numb to a lack of fulfillment or purpose for much of their lives. Sometimes, grief itself can propel spiritual growth as the individual’s human self attempts to come to terms with the wide range of emotional experience. On the other end of the spectrum, profound love has also been known to spur fleeting glimpses of spiritual experiences, pushing individuals onto the life path of the seeker.

No matter what brings you to the starting point, we are not here to judge. Ultimately the spiritual journey is about looking within, knowing yourself, and making external adjustments to align inner with outer. As you will see, the world responds from the micro- to the macro-level. Shaman Durek himself found that after his spiritual death experience, his full embrace of his shamanic calling created a greater sense of fulfillment than he had experienced before. As he encourages each of you to learn to be your own damn guru, rē•spin aims to provide you with the tools to help you know your ever-evolving self along the way. 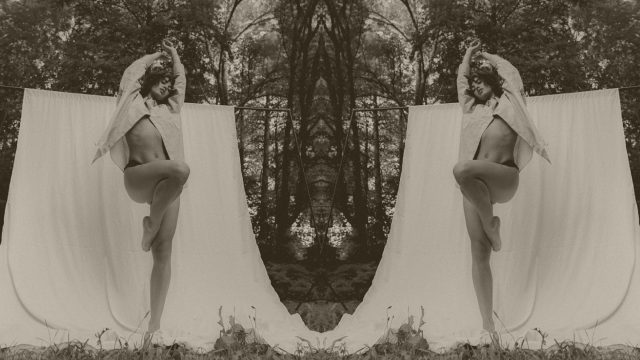 Exploring The Inner Aspects of Your Sexual Self

Sex is an outward act, but sexuality is created from within.
By: Cheryl Fagan, Sexologist 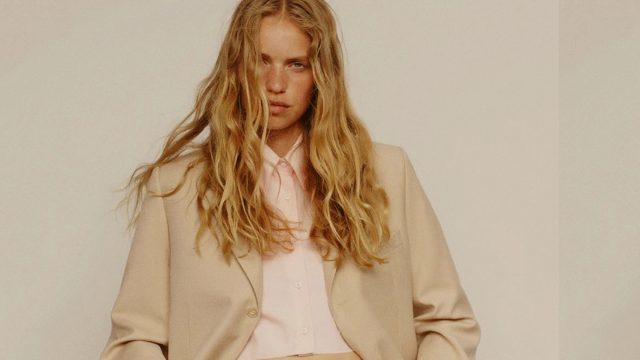 rē•define your earnings to match your sense of self-worth.
By: rē•spin

How to Put a rē•spin On End-Of-Year Burnout

Your wellness regimen doesn't have to hibernate.
By: Jessica Ourisman