Shop rē•spin product now
rē•spin YOUR FIT is live!
What is rē•spin??
Home | AWAKEN | When Seeds Are Planted, Possibilities Emerge

When Seeds Are Planted, Possibilities Emerge

How Representation Led This Dynamic Twin Duo to Hollywood 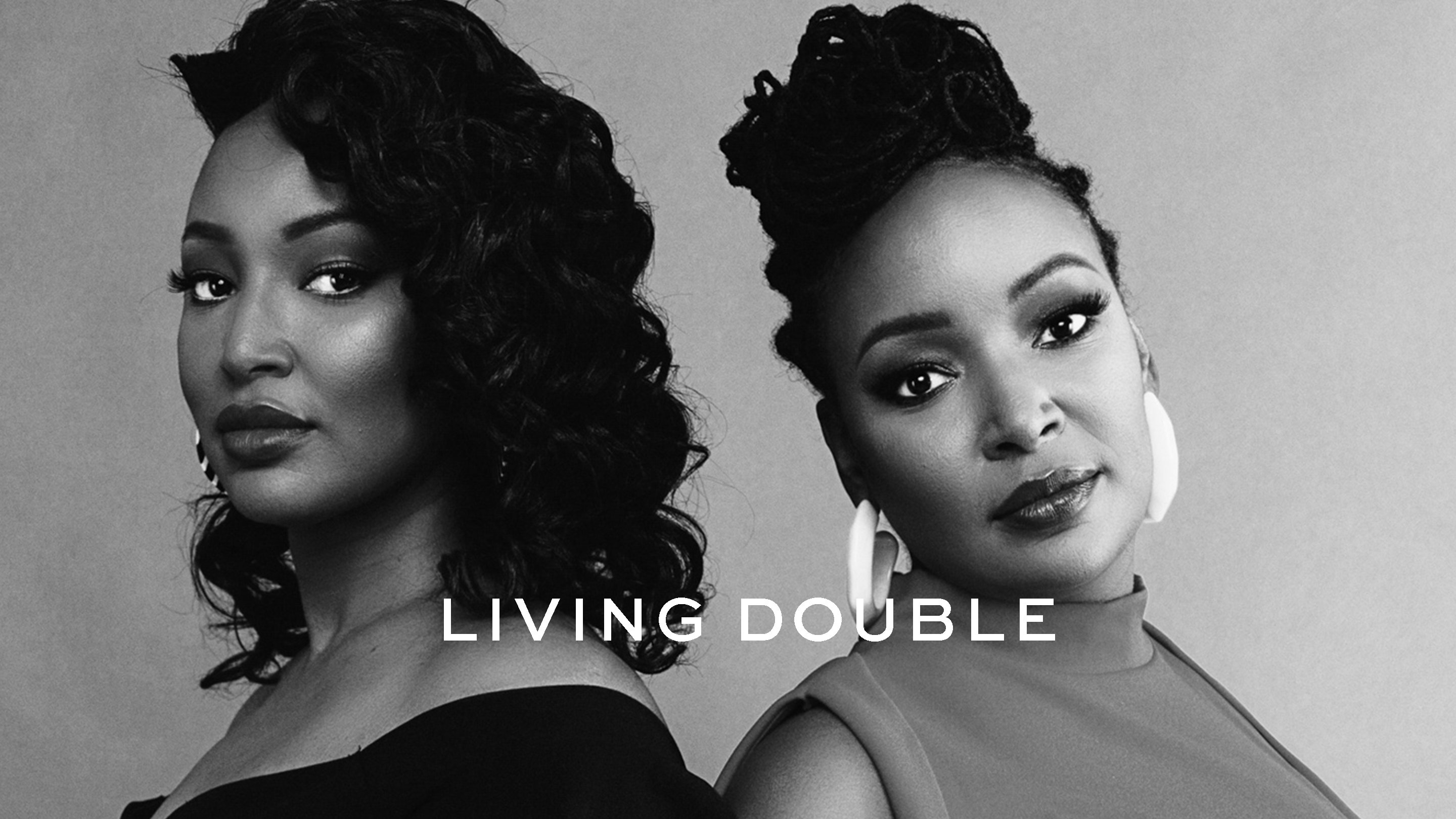 For us, the seeds of possibility were planted at the age of thirteen when we picked up an issue of Essence magazine that included an article titled, “Yvette Lee Bowser: The Sister Who Took Living Single Straight to the Top!” In reading that article, we discovered one of our favorite TV shows—FOX’s Living Single starring Queen Latifah, Erika Alexander, Kim Coles, and Kim Fields—was created by a Black woman; the first Black woman to create and run her own television series, Yvette Lee Bowser.

The discovery made us think—Wait, what? You can do that? You can be a Black girl and be the person responsible for creating and writing all the things we love to see and watch on television?! To learn there was this beautiful, intelligent, and incredibly funny woman—who looked like us—behind that show was nothing short of empowering. It was both enlightening and invigorating because, for the first time in our lives, the possibility of one day becoming writers for television suddenly emerged in our young minds. Although we were obsessed with television since kindergarten, at the time, we did not realize becoming a creator of a television series was a career path, let alone a possibility for young women like us! Seeing and learning about Yvette’s path in becoming one of the very “iconic firsts” helped pave the way toward a vision that has guided us in achieving big, wild dreams we once thought were impossible—becoming television writers and creators.

What we didn’t know when we stumbled upon that Essence article was that seeds were being planted for our futures. Throughout our “living double” journey in Hollywood, we’ve come to realize how hard it is to know what you are truly capable of accomplishing until you are able to somehow see yourself accomplishing it—visualizing a dream arrived. It is important to have a perspective of what your dreams will look like in order to actualize them.

“It’s for every nameless, faceless woman of color that now has a chance because this door tonight has been opened.”—Halle Berry after winning her Oscar for Best Actress 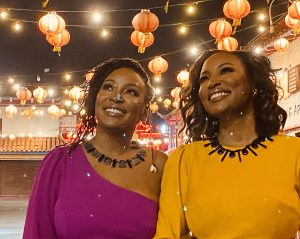 Tupac Shakur once mused a rose that grew from concrete would defy nature’s laws simply by “keeping its dreams.” As 2020 comes to a close, we’d like to share a secret: Now, more than ever, it’s time to dream: Big dreams, incredible goals, and abundant blessings for what’s to come in 2021 and beyond! Living Double is not only a testament to the seeds of possibility that were planted for us because of representation. It is also our way of acknowledging that dreams can live both beyond and within the realm of our reality. They can walk alongside each other, occupy the same space at the same time, in a sort of dual existence—like twins.

As two, young, faceless women of color, we saw an open door to what was possible because of our mentor, Yvette Lee Bowser’s pioneering step in creating Living Single. We hope reading Living Double will unlock doors and inspire the relentless pursuit of unwavering dreams in women and dreamers the world over.

JaNeika and JaSheika James rose up the ranks from Staff Writers to Supervising Producers on Fox’s groundbreaking hit series, EMPIRE. Currently, they serve as Co-Executive Producers on HBO Max’s GOSSIP GIRL and are developing a USA pilot, PHILLY REIGN, as executive producers alongside Oscar-nominated actress, Mary J. Blige. They are committed to creating, developing, and writing projects that enlighten, inspire, and entertain audiences around the world.

Their debut book, LIVING DOUBLE: How Identical Twins Unlocked the Door to Success in Hollywood, is a behind-the-scenes look at the competitive world of writing for television, as well an inspiring account of two sisters determined to make their dream careers a reality – and to share life lessons with those who have big dreams, but are uncertain how to achieve them. 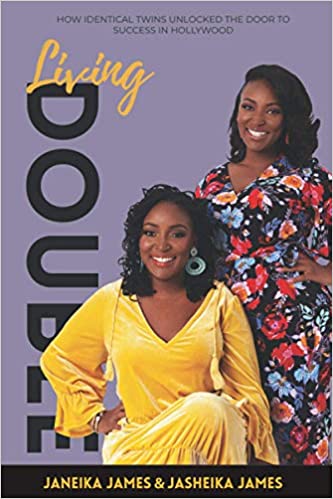 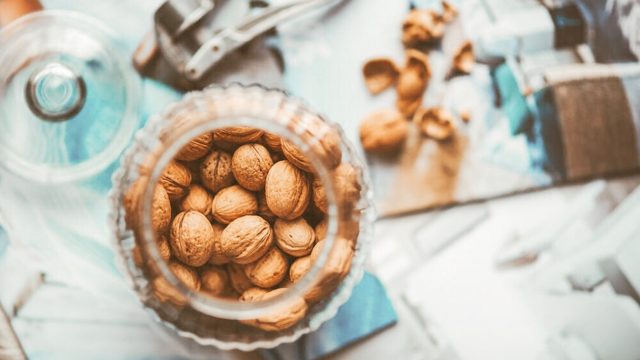 The Best Foods to Naturally Boost Your Libido 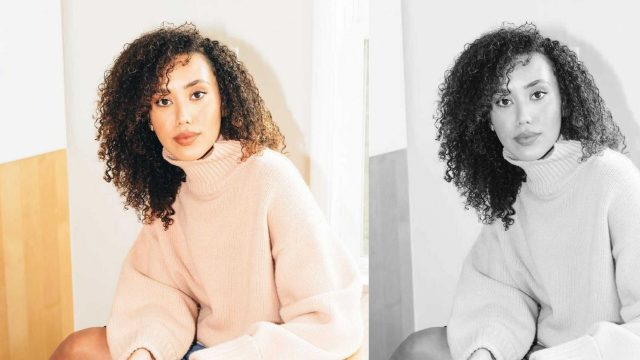 An energetic roadmap to awakening.
By: Jessica Ourisman 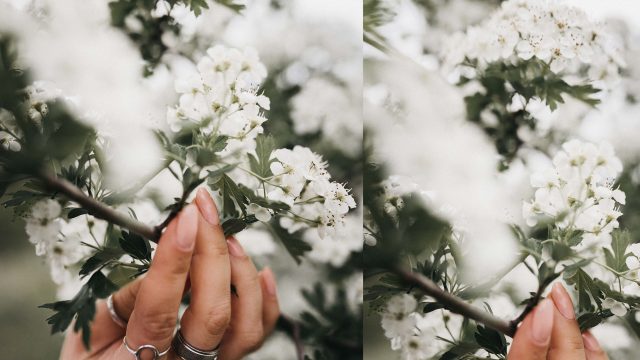 The Science of Spring Cleaning